Many arrive with flags of Israel to pay their last respects to Golani fighter Sgt. Sean Carmeli from the United States, who was killed in the Gaza Strip.

Police estimate that more than 20,000 people on Monday attended the funeral of Sgt. Sean Carmeli from the United States, a Golani fighter who was killed in the Gaza Strip earlier this week. Many of those who came to pay their last respects to the lone soldier arrived at the Haifa military cemetery with flags of Israel. The thousands of Israelis who accepted the call to escort Carmeli to his final resting place created heavy traffic jams in the area leading to the cemetery.

The American killed in fighting in the Gaza Strip, followed in the footsteps of scores of Jews from around the world who have volunteered to fight for Israel.

Israel calls them the lone soldiers: They are men and women in the prime of their lives who have left their parents and often comfortable lives behind in places like Sydney, London, Los Angeles and elsewhere to join the Israel Defense Forces, marching in the desert and taking up arms to defend the Jewish state.

There are about 2,000 lone soldiers currently serving in the military, said Marina Rozhansky, spokeswoman at the Israel Consul General in Los Angeles. Groups for families of lone soldiers have recently started in Los Angeles and other cities, providing a support network as the fighting intensifies.

Carmeli had been a fan of the Maccabi Haifa soccer club, and the team's Internet forums issued an emotional call to all fans to attend the funeral. "This is a huge request from us to you, Maccabi Haifa fans, and this is your opportunity to make a big mitzvah," the statement read. "Sean Carmeli was a lone soldier and we don't want his funeral to be empty. Come and pay your last respects to a hero who was killed so that we could live. This is the least we can do for him and for our nation." 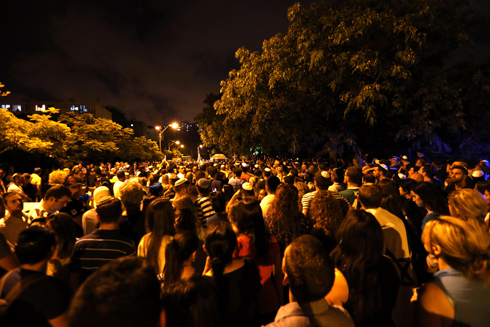 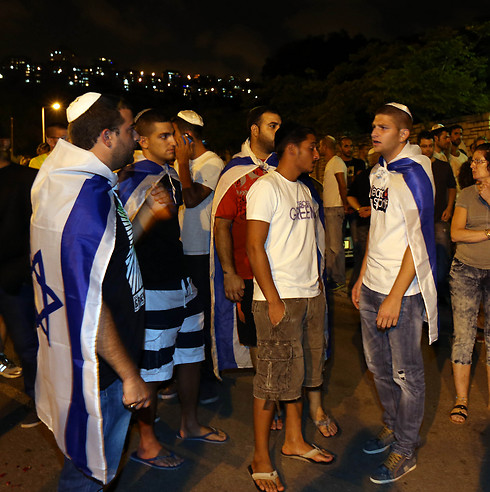 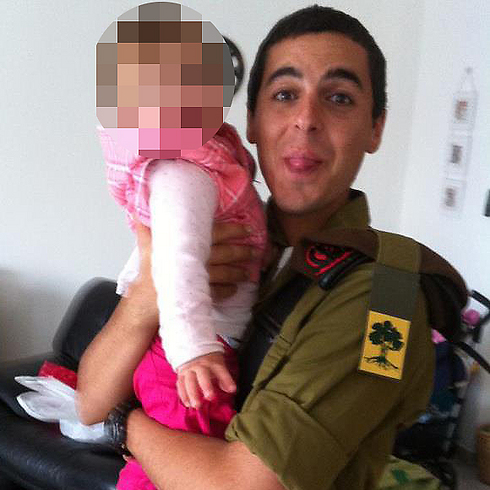 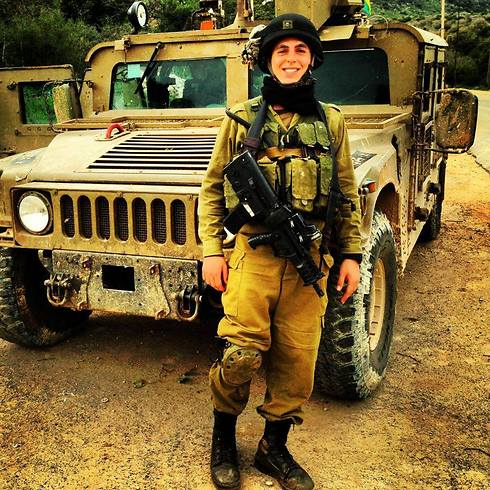 Sgt. Sean Carmeli
Raphael Kabessa, one of the team's supporters, said the call to the fan's was made after the Carmeli family had expressed its concern that only few people would attend the funeral. "I knew him as a fan. In the morning I posted the obituary with his picture. It's very painful and sad to lose such a guy. Several hours later, distant relatives contacted me and said they were afraid that because he had served as a lone soldier, not many people would come to the funeral and it would be disrespectful." That did not happen. The fans, and many others, accepted the call and flocked to the funeral. The Scout Movement also sent 200 members from the Haifa leadership to express its solidarity with the soldier's family. "It was very crowded," says Shlomi Feder, a volunteer in the United Hatzalah emergency organization. "We treated several people who began feeling unwell and weak and some who fainted. It was an impressive sight, seeing masses of the people of Israel paying their last respects to a hero fighter."

Haifa police chief Avi Edri estimated that there were close to 20,000 people at the cemetery and its surroundings during the funeral. "The public was very patient and behaved remarkably during the arrival and departure and at the cemetery itself. I felt very proud and grateful to see the number of people who arrived to pay their last respects," he said, adding that he didn't think so many citizens would come. Sean Carmeli divided his life between Texas and the Israeli city of Ra'anana, where he studied at an immigrants' class at a local high school. The family members spend most of the year in Israel apart from the spring and summer months, during which the parents travel to the US to promote their business. “Sean was a gentle kind boy,” says Rabbi Asher Hecht, co-director of Chabad of the Rio Grande Valley. "We are very sad. We lost a dear boy." Three days before he was killed fighting for Israel in Gaza, Carmeli sprained his ankle, and a doctor asked the Texan if he wanted to heal before going into action. He refused, according to Maya Kadosh, Israel's deputy consul for the US Southwest.

"He said no. He said he wanted to go into combat with his friends," Kadosh told Reuters on Monday.

Sapir Hillel of Kibbutz Neve Yam arrived at the funeral with a friend. His wife, Ayelet, who stayed home with their children, said she had also wanted to come.

"We were very moved by his story, and we wanted to contribute wherever we could, because in our daily life we can only follow stories and identify with them, but here we actually had the opportunity to do something," she said.

Adam, one of the funeral goers who arrived with a flag of Israel, explained that "it's our national pride to come and support a family and a lone soldier. A person who made a decision, against all conventions and with Zionist motives, to join the best combat unit although he could have chosen a more comfortable life. I am here to salute him."