Iran is playing with fire

Analysis: Did the IAF strike in Syria in response to public declaration by Iranian Revolutionary Guard on transfer of advanced missiles to Hezbollah?

The strikes in Syria on Sunday afternoon, which have been attributed to the Israeli Air Force, were likely intended to prevent the transfer of advanced weaponry from Iran to Hezbollah. The Iranian Revolutionary Guard continues to play with fire by equipping Hezbollah with arms that have the capability to cause widespread losses and destruction in Israel. The appraisal is based on the fact that the targets were in two distant areas – one near the international airport in Damascus and the other in Dimas, west of the capital, mere miles from the border with Lebanon.
Documentation
Watch: Alleged IAF strike on Syrian target
Roi Kais
Syrian sources release short video reportedly documenting moment of attack on target in town of Dimas; Former Syrian Commander says target may have been arms shipments meant for Hezbollah.
Watch: Alleged IAF strike on Syrian target

It is widely believed that shipments of missiles and other arms destined for Hezbollah land in Iranian cargo jets at the airport in Damascus, then transferred to a Syrian military storage site, until they are sent to over the border to Lebanon.

It is reasonable to assume that Sunday's strike, if it actually was undertaken by the IAF through Lebanese airspace, was launched based on precise intelligence and after all operational and strategic aspects were considered.

Since there had been no recent case of breaking Israeli sovereignty, the likely assumption is that the attack was undertaken because of high-end weaponry transferred to Hezbollah or the transfer of chemical weapons – or both.

Regardless, it is reasonable to assume that Defense Minister Ya'alon approved and ordered the attack. Sunday's strike was reminiscent of the May 2013 attack which was attributed to the IAF, when advanced, precise missiles, of the Fateh-110 variety, arrived on planes from Iran. The following night a large Syrian military missile storage site near the Lebanon border was attacked.
Video of alleged Israeli strikes in Syria
X

It is increasingly likely that Sunday's attack – which has been attributed to the IAF but has not been confirmed by Israeli officials – was executed for similar reasons under similar circumstances.

In recent weeks, many Hezbollah officials and senior members of Iran's Revolutionary Guard have publicly boasted about the advanced ground-to-ground missiles which Iran supplied Hezbollah and which allow the terror group to threaten almost any target within Israel. Analysts believe the officials were boasting of the Iranian-made Fateh-110 missiles. It is in the realm of possibility that several shipments of these missiles occurred, significantly upgrading Hezbollah's capability to unleash destruction on Israel territory as far south as the Tel Aviv metropolitan area. It is also likely that Sunday's attack was intended to stop another shipment scheduled to arrive at Damascus international airport, from where it was to be transferred to the Lebanese border. 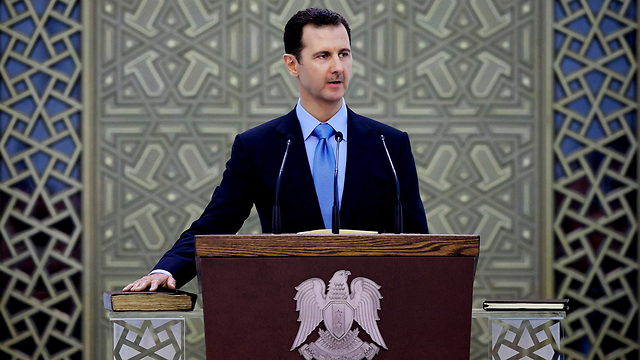 Syrian President Bashar Assad (Photo: AP)
Syrian President Bashar Assad, it must be noted, owes Hezbollah a great deal, as the Lebanese terror group defends his regime – which is likely why he carries the risk of Israeli attacks on his territory. It may be assumed that Sunday's attack will not heat up tensions between Israel and Syria. Assad does not make a habit of responding to attacks on Hezbollah weapons transfers in his territory in order to avoid a destructive clash with Israel at a time when he is fighting for his survival against local rebels. 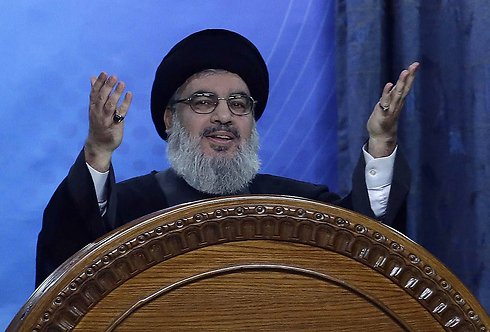 Hezbollah chief Hassan Nasrallah (Photo: AFP)
It is also assumed that Hezbollah will not respond, either. In the past the terror group launched reprisal attacks over Israeli strikes which destroyed its weapon shipments, but only when these strikes took place within Lebanese territory. The Lebanese terror group has not responded to attacks on its organization in Syrian territory – since Hezbollah chief Nasrallah believes in defending only Lebanese land, while retaliating to an attack in Syria will serve as confirmation which he is receiving illegal weapon shipments from Iran. That's how it worked in the past. Nevertheless, there is no guarantee that Hezbollah and Syria will maintain this policy and thus the IDF must maintain alert on the northern front – both on the ground and in the sky. It is reasonable to assume the IDF will change its missile defense deployment, reinforcing positions in the country's north. Meanwhile, it's likely that Iran will respond using armed Palestinian militias in the Golan Heights. Israeli officials did not address the reports in the past – and are not confirming them – in a bid not to corner the Syrian regime or Hezbollah. The Syrian military rushed to condemn the attacks, only because it serves its propaganda line – which claims cooperation between Syrian rebels and Israel.