'About 50% of French olim will be required to undergo a conversion process'
Photo: Motti Kimchi

A number of prominent rabbis have voiced concerns and expressed their objection to the immigration of French Jews following the recent terror attacks in France.

The ultra-Orthodox press affiliated with the Ashkenazi leadership is arguing that the aliyah from France is halachically problematic since about 50% of French Jews live in mixed marriages and will be required to undergo a conversion process.

According to sources, some of the new immigrants will not be able to convert due to the haredi demand to reject proselytes and not to welcome them into the Jewish religion.

The haredi press raised further concerns that many of the immigrants would refuse to undergo a conversion process or that the procedure would be conducted by institutions and courts which do not meet the strict standard, and that as a result their children will create mixed marriages later on. 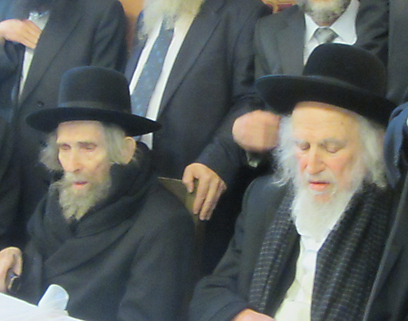 The Yated Neeman newspaper interviewed converting rabbis and asked them whether the haredi public was prepared to absorb the immigrants from France. The rabbis said there was a concern that Jews who observed mitzvot in France would come to Israel, become involved with the secular Israelis and stop observing Shabbat and mitzvot.

Rabbi Chaim Kanievsky was quoted as ruling that a person may only make aliyah "if he finds himself in a clear religious place." Rabbi Aharon Shteinman said the call for immigration was "hasty," adding that there is no reason to make aliyah at all "as the Messiah has yet to arrive."

Rabbi Shteinman was also quoted by the Kikar Hashabat website as saying that the security situation is difficult in Israel as well and that Jews are also being murdered here.

Hapeles newspaper, which is affiliated with Rabbi Shmuel Auerbach, argued that the call to make aliyah was driven by a feeling of power drunkenness of Zionism, which the haredi perspective opposes.