Stones in the shape of female genitalia, figurines of men and women, headstones, and even "spirits" were among the findings by a dig led by archeologist Dr. Uzi Avner in the Arava region in southern Israel. One hundred and two ritual sites from the Neolithic period were found in a 12-kilometer (about 7.5 miles) stretch in the Eilat Mountains, some of which contained phallic symbols.

The objects, which are between 7,000 and 9,000 years old, were found on the mountains, an unusual location for ancient sites. Archeologists found headstones – individually, in pairs, and even in groups of seven. Some of them were found to be perforated, with symbols similar to eyes bored into them, and they all represented gods or groups of gods. Hundreds of limestone blocks were brought to the area, some naturally perforated, and appeared to have symbolic value.

Some of the most interesting artifacts were idols with a thin shape, representing men, and wider figurines representing women.

The figurines were about 10 centimeters (about 4 inches) tall, while the idols were taller – between 20 to 46 (about 7.8 to 18 inches). Both types of artifacts represent the ancestral forebears of those living in the Arava about 8,000 years ago.

Stones in the shape of female genitalia

Some of the hundreds of artifacts were still in the natural form of the stones, and were not altered by the Neolithic inhabitants. They appear to have been chosen because of their similarity to human forms. Most have something resembling a neck that was sculpted by strikes made with a tool, but for a few the designs were carved into the stone.

Phallic stones found in Arava region
Dr. Avner, a specialist in desert archeology from the Dead Sea and Arava Science Center, said that 349 such religious sites were discovered – most of them in the Eilat mountains, but a few in the Negev's mountain region. Throughout the Negev, there are some 30 known Neolithic housing settlements. 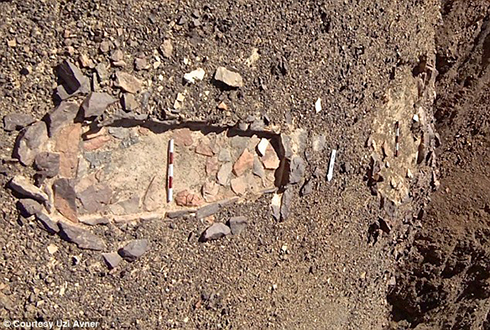 Archeological dig in Arava desert
He told Ynet that they also found stones carved to form what appears to be female genitals, a symbol for fertility. He also said they found icons of small houses in which shaped stones were lodged, which they speculate represent their forefathers, and he said such houses are called "fathers' spirits."  They also found human-like icons buried upside down in what is assumed to be a symbol of death. 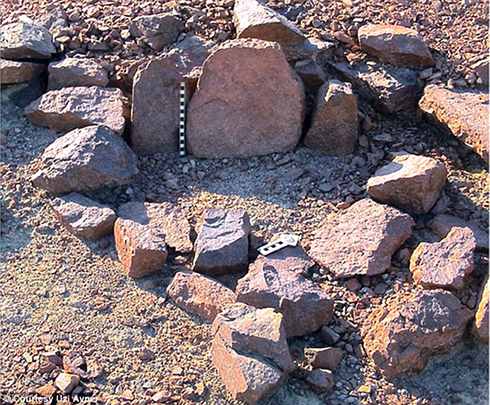 Archeological findings
"These sites have a combination of symbols representing death and fertility – a very prevalent combination in such traditions," Dr. Avner said of the findings, which were recently published. He claimed that according to the "fathers' spirits" tradition the deceased does not leave the family, but continues to live as a family member – he is invited for dinners and holidays, he takes a part in community life and is in charge of his prosperity, even after death. "What makes this find special is its location and the amount of stone items found. We can take a real look into the spiritual lives of the desert people," he concluded.