Voting for the sane option in Israel's elections

Op-ed: There is no single party that offers a mix of the right's just arguments and the just arguments of the Zionist left; in the end, it's a vote for the least-bad party. Such is democracy.

The dichotomous division leaves many on the outside. According to various surveys, some 20 percent of the voting public remains undecided – and the more the merrier. They are the ones who will decide this election. I'm among them. Hesitant and undecided. It's open season. So who will I vote for?

Let's start with Netanyahu. He is a far cry from the monster portrayed in the election propaganda. He didn't drag Israel down into an economic disaster – to the contrary. He didn't widen gaps. He didn't exactly make efforts to reduce them either. He's not solely to blame for the rise in housing prices. He was responsible for some wonderful things too – like an effective and restrained fight against terror, like huge investments in infrastructure, like a significant increase in the education budget. And if we are honest with ourselves, then we must admit that in many areas there is no real difference between Netanyahu and his rivals.

But when it does come to one and very important area, Netanyahu poses a problem also for those that could be counted as his supporters – his capitulation from the outset to the ultra-Orthodox. He has already declared this. This means less sharing of the burden; this means there's no chance to end ultra-Orthodox control of the conversion mechanisms. And this means, primarily, more funding for ultra-Orthodox institutions, which will see a renewal of the move by religious and observant individuals to the ultra-Orthodox education system. We're talking about a gradual terror attack. 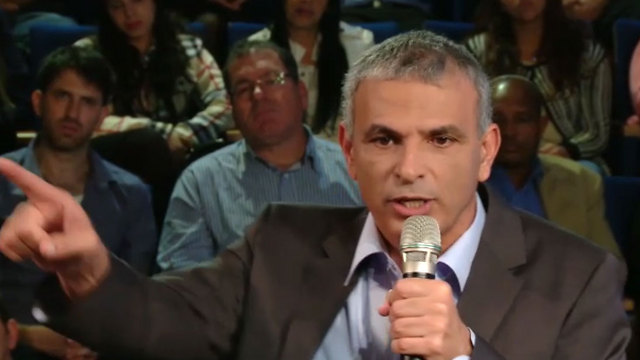 Moshe Kahlon. Worthy but afraid to voice his stance

Let's move to the political sphere. A week ago, Nahum Barnea published a document that reveals the far-reaching concessions Benjamin Netanyahu presented to the Palestinians. Two days later, Raviv Drucker revealed a document signed by Netanyahu's most senior diplomatic associate, Ron Dermer, that presented a similar position. There have been reports in the past about far-reaching compromises to which Netanyahu gave a green light.

No peace came from them. At a meeting at the White House, on March 17, exactly one year ago, Barack Obama presented Mahmoud Abbas and his team with a draft proposal for a peace settlement, which included the division of Jerusalem, without the consent of Netanyahu, in addition to other points Netanyahu agreed to. Abbas rejected the draft, just as he did six years earlier when Condoleezza Rice and George W. Bush presented him with a similar peace plan proposed by Ehud Olmert.

The problem is that Netanyahu himself suffers from a split personality. There's the sober Netanyahu, who knows that without a peace settlement, we will end up with a single country; and there's Netanyahu the politician, who is leading us by the nose to a single bi-national state. With Yair Lapid and Tzipi Livni part of his coalition, the sober Netanyahu prevailed. 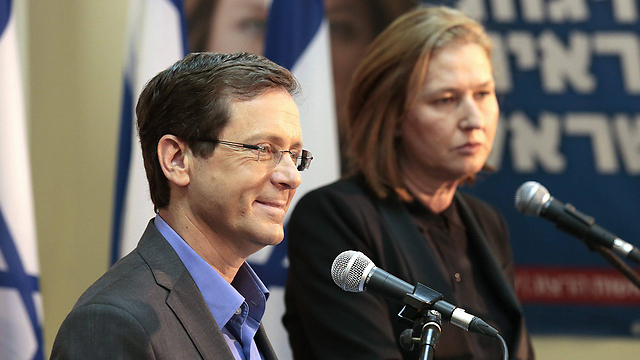 This is the same Netanyahu who Livni herself said a few weeks ago wasn't to blame for the failed negotiations with the Palestinians. She knows what she's talking about. But from the moment Netanyahu was left with a right-wing government, he's been competing with Uri Ariel in a mad race towards the reality of one large state.

This is what the extreme left, the anti-Zionist left, wants. This is what a rightist-ultra-Orthodox coalition government will intentionally and maliciously realize. The nightmare of a bi-national state could become a reality. And then we'll be able to declare an end to the Zionist vision. So yes, a vote for the Likud vote is a vote to end the Zionist vision.

The anti-Zionist left, which is opposed to a Jewish state, which calls for a single state, is not worthy of discussion. The problem is that the Zionist left is blind too. It believes that if it simply smiles and acts nicely, everything will turn out wonderful. This left refuses to understand that Abbas is not willing to accept any compromise, even if it is offered by a Meretz-led government.

In fact, we've already been at that point. After all, Yasser Arafat rejected a similar proposal, in late 2000, despite the fact that the negotiating team facing him included the left's dream team – Yossi Sarid, Yossi Beilin and Shlomo Ben-Ami. It did as much for peace as cupping therapy does for the dead. The Palestinians simply turned up the heat. And while the Zionist left refuses to grasp this basic premise, while it remains trapped in a fantasy world, it cannot serve as an alternative.

But not the entire camp. Amos Yadlin, the Zionist Union's security personality, presented a much more sober approach last year. An arrangement and not an agreement. These are two different things. Yadlin proposes a unilateral arrangement, which includes a reduction of friction, separation and not disengagement, and an end of course to settlement expansion, while preserving all of Israel's security requirements – as called for in light of the popular support for Hamas and the regional developments, including the strengthening of the global Jihad movements. The fact that Yadlin is part of the Zionist Union bodes well. 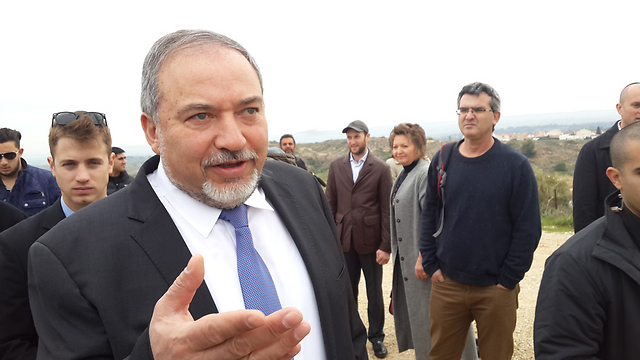 Nevertheless, one has to admit that a significant portion of the right-wing's arguments concerning the regional reality are far more realistic and compelling. Such is the case with respect to the Iranian danger, the global Jihad and Hamas. When the right-wing claims that a withdrawal from the West Bank will result in rockets from Qalqiliya, it is right. But when it comes to solutions, the right has a serious problem.

The just argument that Hamas could take control of Qalqiliya and paralyze Ben-Gurion International Airport does not lead to the conclusion that we need to establish a single state. After all, Hamas' rejectionism, and Abbas' too, is designed to push Israel towards a single state. So it is unclear why the Israeli right is realizing the anti-Zionist vision.

The Likud and Bayit Yehudi are not options because many of their members are openly calling for or working towards the establishment of one large state. Avigdor Lieberman sometimes makes sense, but he is so unpredictable that it's hard to know which Lieberman one would be voting for.

A rightist-ultra-Orthodox government would be another victory for the Israel-haters camp. One could, as some among the right-wing suggest, simply flip off the rest of the world. But Israel is dependent on the world. And certainly on the United States, which is a strategic ally. And Netanyahu insists on making himself, and Israel too sometimes, a target of flak from a growing number of senior American officials. As for Meretz, they are completely trapped in the illusion of appeasement.

So we are left with the centrist parties, beginning with Yair Lapid and through to Isaac Herzog. Moshe Kahlon could be a worthy candidate too, even though he's afraid to reveal his political position. All three of these parties have sane voices, which don't suffer from the left-wing's blindness, on the one hand, and are also opposed to the nightmare vision of a single state, on the other. These three parties, despite everything and after taking everything into account, are the best of a bad bunch. When I go to vote, it will probably be for one of them.