Israel will benefit from an Iran nuclear deal

Analysis: We can relax, even without an agreement in Lausanne, nuclear war will not break out any time soon. The parties are eager for an agreement and therefore the negotiations will continue in the summer. And Israel? It also knows that just like any political agreement, an attack would only lead to a decade-long delay in Iran's nuclear project.

Whether an agreement between the world powers and Iran is reached or not, the sky will not fall in and the danger of nuclear war in the Middle East will not increase. The sides will take a break and then continue negotiations with the aim of reaching an agreement by June 30.

The push to reach an agreement by the end of March was the result of President Obama's political difficulties with the Republican Congress – difficulties that Benjamin Netanyahu contributed to in no small way.

The Republicans are clamoring for a law that would permit another major package of economic and diplomatic sanctions on Iran; Obama wants to avoid this for fear that even the prospect of future legislation would induce the Iranians halt the negotiations and perhaps even pick up the momentum at its military nuclear program.

But even if no agreement is reached Tuesday, the American president can veto congressional legislation and the Iranians are unlikely to break the rules. So we should take a breath and try to understand what each side is trying to achieve – and whether an agreement is even possible, if not in the coming hours then by the end of June. 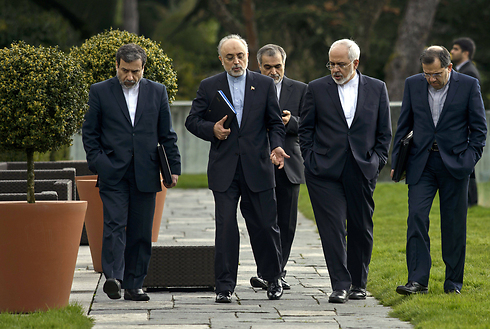 The US-led world powers are trying to achieve a clear objective can be defined quantitatively. Their goal is to reduce Iran's nuclear program to the point where it would take at least one calendar year to produce a single nuclear explosive device. At the moment the Iranians can produce fissile material for a bomb within 6-16 weeks. But to produce a nuclear bomb, the Iranians also have to be able to turn the explosive material into a nuclear warhead.

It is unclear how long it would take the Iranians to complete the weapon development, so the final assessment is that the Islamic Republic is currently a year away from a bomb. Putting another way, Iran is already a nuclear threshold state, which could acquire a bomb within a year. The real goal of the world powers is to keep Iran in this situation, or return it to a situation in which it cannot produce enough fissile material for the core of a nuclear weapon for more than 10 years. No fissile material, no bomb.

What will 10 or 15 years give us? Like the old Jewish joke, either the nobleman will have died or the dog will have died, or both. The West is hoping that within the next 10-15 years, the ayatollahs will fall or be overthrown, or become more open and less militant. If, God forbid, the Iranians still decide to move towards a bomb as quickly as possible, it will be possible to spot, and launch a military attack on its nuclear facilities. 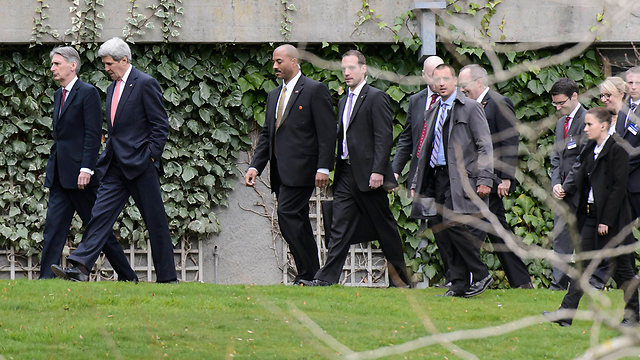 John Kerry and his entourage in Lausanne (Photo: AP)

What does Iran want?

Iran is primarily interested in the removal of sanctions - those imposed by the UN Security Council and those imposed by the US Congress. These sanctions are not only causing severe economic hardship in Iran, but they do not allow it to finance properly its nuclear program or support its proxies throughout the Middle East. Hezbollah, Hamas and the Houthi all cost a lot of money that Iran does not have right now.

Iran's second objective is to protect the honor and prestige of the regime. Giving up uranium enrichment and the nuclear program would be interpreted by Iranian public opinion as an act of weakness on the part of the regime, and could lead to its collapse. There are tens of millions of people in Iran just waiting for the regime to stumble so that they can try to overthrow it. So honor is important not only emotionally but also in practical terms for the regime's survival.

The third Iranian objective is, by the end of the period to slow the pace of nuclear development, to be in a position to produce atomic weapons within three to four months.

These are the three goals that Iran has set itself for the negotiations, and it veers between concessions on certain issues and hardening its positions on others so as not to harm any of its supreme goals.

What does Israel want?

Granted, Israel is not party to the negotiations, but its stances have importance and influence, as these are also precisely the positions of most countries in the moderate Sunni Arab states. Israel's aim is to completely prevent – in the present and in the future - the possibility of Iran developing and producing nuclear weapons. This can only be achieved in one way – by preventing Iran from acquiring fissile material, either by enriching uranium to a higher level or by producing plutonium in its nuclear reactor.

Israel also wants to keep the sanctions in place for as long as possible, as a sword of Damocles hanging over the heads of Iranians, making them afraid to cheat or defraud the world powers as they have done in the past. This is also to guarantee that at the end of the 10-15 years, Iran is not better able to resume its military nuclear program.

It is for precisely this reason that Israel so opposes the agreement the world powers are planning to sign with Iran - because it leaves the Iranians with the ability to produce fissile material from enriched uranium. 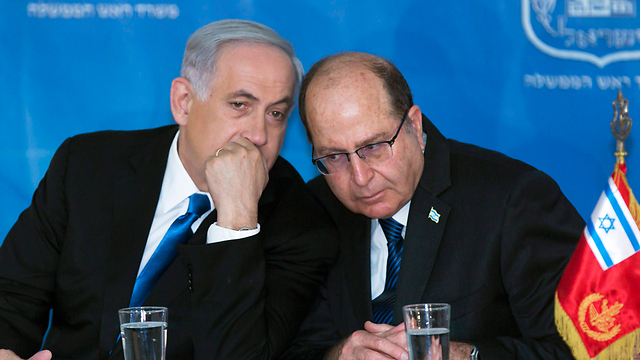 Netanyahu and Ya'alon. No to deal, yes to more sanctions. (Photo: EPA)

And if the talks implode?

It is reasonable to assume that the parties will have a brief timeout and continue negotiations in an effort to reach a full agreement by the end of June. Meanwhile, Iran will continue to respect the interim agreement signed in Geneva in January 2013, as well as restrictions on uranium enrichment and nuclear weapons development.

But one must consider the prospect that something will go wrong, leading to an escalation in the political conflict and the ongoing development of Iran's nuclear program.

That something is the tougher economic sanctions that the Republican Congress is trying to force on the Obama administration. If this law is passed, it is likely that the US president would veto the law, and the Iranians, in such a situation, would not want to break the rules and could even be pushed into greater flexibility.

If Obama does not veto the new sanctions, the Iranians will likely retaliate by brushing off the restrictions currently placed upon them and even accelerate their nuclear program. In such an event, the West will face a difficult dilemma, especially given that Iran has not given up its efforts to expand its influence in the Middle East through proxy terrorist organizations.

For now, the military option does not seem to be on the table for either the world powers or the US president, but processes of escalation have their own dynamic and can lead to unforeseen situations.

Israel is prepared for a situation in which military action is required, but it is very likely that Jerusalem will display maximum restraint and act only when it is becomes clear to all, including the Americans and the world powers, that the Iranians have decided to produce a nuclear weapon - and are already working on one.

If an agreement is reached within the next three months, Israel would benefit as Iran be out of the nuclear bomb business for at least ten years – which could well be the same result as attacking Iran's nuclear facilities.

It is always better to achieve through diplomacy what could also be achieved with military measures.