Op-ed: Obama may be vague on the details of the final nuclear agreement being drafted, but Israel cannot afford to be.

I'm going to sign a deal with Iran – and after me, the flood. That's what US President Barack Obama effectively said on NPR on Tuesday.

Obama, one has to admit, was simply being honest and telling the world the truth to its face: In 12 to 15 years, when the deal expires and Iran is free of rigid international supervision, its nuclear weapon breakout time will be next to nothing. The subsequent attempts by the White House to explain that the president was misunderstood are all nonsense.

The president was not talking to Israel, but to the American people and, primarily, the Senate. Benjamin Netanyahu doesn't concern him. He despises him, has nothing but disdain for him, and makes no effort to hide his feelings. The entire American PR machine, with the president leading the way, is focused now on the House of Representatives on Capitol Hill. That is where the real battle will take place. 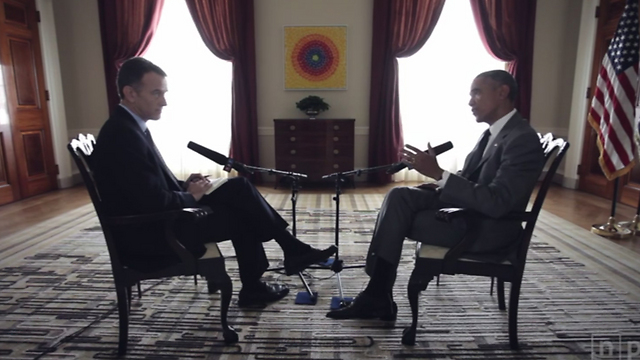 There appears to be a majority in the Senate that won't allow the administration to fast-track the lifting of the sanctions. Furthermore, if it turns out that the Iranians' understanding of the deal differs from that of the US lawmakers, the latter will be a lot more determined to expand and intensify the sanctions against Iran.

There is already talk on Capitol Hill that if the UN Security Council lifts the sanctions on Iran and the European Union frees itself of the regime of sanctions, Congress will have no choice but to tighten the American-imposed restrictions on Iran. Obama and his people, therefore, are not addressing Israel at this stage; their statements are for American ears. And that's an audience they can't afford to lie to.

So what did Obama actually say on Tuesday? Firstly, his words seemed to indicate that the sides have yet to reach an agreement on how long Iran will be subjected to tight international supervision. Secondly, Obama spoke about new centrifuges that Iran will continue to develop – seemingly in contradiction to the understandings that are supposed to prevent them from conducting research and development in this field; and these new centrifuges would propel Iran to the status of a nuclear threshold state.

It's strange: A detailed agreement has yet to be formulated, yet Obama already knows that the Iranians will have new centrifuges that will allow them to produce a bomb almost immediately.

Everyone is talking about tight supervision and inspections; what remains unclear, however, is how to ensure that the deal slated for signing in June will indeed include draconian inspection measures, anytime and anywhere along the production chain – from the uranium mines and through to the enriched material.

The United States' capabilities when it comes to nuclear arms control are outstanding. The means at their disposal – from mobile laboratories and sensors to satellite imagery and an entire host of additional exotic resources developed at the Los Alamos National Laboratory in New Mexico – afford effective inspections in theory. The problem is that the Iranians have already announced that they are not willing, for example, to allow cameras into their facilities.

This falls precisely in line with statements made on Tuesday by the head of the Iranian Atomic Energy Agency, Ali Akbar Salehi: If Iran wanted to obtain a nuclear bomb, he said, it had the ability to do so right now. As far as the West knows, Salehi was exaggerating slightly; but he probably wasn't that far from the truth. More evidence that the supervision issue is the Achilles' heel of the agreement.

On the sidelines of the agreement, meanwhile, it is interesting to review the minutes of meetings convened by Netanyahu and then defense minister Ehud Barak in 2010 and 2011, and ask a few tough questions: Was it a mistake not to have attacked the Iranian nuclear facilities when it was still possible? Why did professionals among the defense establishment make every effort to thwart the option of a military operation?

And, given the deal in the works, can one say today that they were wrong?

The Israeli government cannot simply sweep these questions under the rug. If the final agreement with Iran takes shape in keeping with the guidelines achieved in Lausanne, these questions will again become relevant – after all, Israel will then be left to deal with the Iranian nuclear threat on its own.