Op-ed: In the absence of secret understandings between Israel and the United States, and without a close relationship between the leaders of the two countries, Israel will find it hard to influence any future negotiations with Iran.

The agreement in the works between Iran and the world powers is in fact a meeting of interests between two strong leaders, both with aspirations to leave their mark on the pages of history.

Iranian President Hassan Rouhani was elected in June 2013 under two banners – promises of greater freedom and improved economic conditions. On the first, he has already made some progress; but to deliver on the second, he must secure the lifting of the sanctions. The Iranian electoral system allows a president to serve two terms of five years. Rouhani wants to get reelected in 2018 – and this is his primary objective at the moment.

US President Barack Obama was elected for a second term in office in 2012. In the realm of foreign policy, he has adopted a strategy of "soft strength" – diplomacy coupled with the threat of military force. Until now, he has had little success, and a deal with Iran would be seen as a historic breakthrough and major accomplishment. The time element for Obama is critical; he has to reach an agreement before the next presidential election. 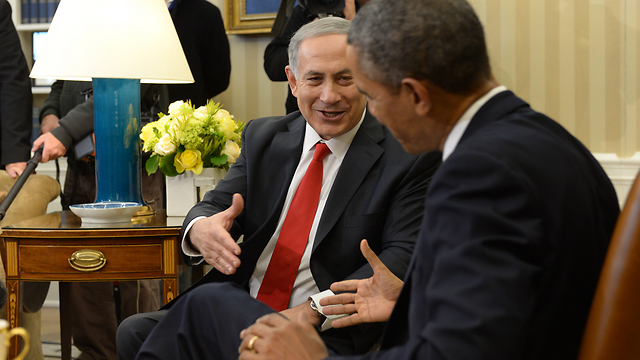 This meeting of interests led to the start of clandestine talks, which gave rise to an interim agreement between the world powers and Iran in late 2013. And this interim agreement sowed the seeds for the framework deal reached last week in Lausanne, the key part of which is that the Islamic Republic will be allowed to continue enriching uranium. This is the root of all evil.

Based on my own experience, I can testify that Israel has always been kept in the loop on such vital developments in the past. When the international community was working out a deal with North Korea, Israel was kept informed and we were even warned when Pyongyang violated the agreement.

This time, despite the critical importance of the issue, Israel has not been kept abreast of the details of the agreement – primarily due to the ugly relationship between Obama and Prime Minister Benjamin Netanyahu, along with the United States' concern that Israel would try to thwart the deal. The secret negotiations between Iran and the world powers were revealed by Israeli intelligence bodies – and the rest, as they say, is history.

Despite Israel's efforts, it wasn't able to halt the Iranian nuclear program. In the absence of secret understandings between Israel and the United States, and without a close relationship between the leaders of the two countries, Israel will find it hard to influence any future negotiations. The well-documented clash between Obama and Netanyahu, coupled with the latter's direct appeal to Congress – over the head of the president – have not served Israel's best interests and have, to some extent, contributed to the so-called Lausanne Understandings.

These understandings are extremely dangerous, but it is unlikely that they will be translated into a full and binding agreement. Iranian Supreme Leader Ali Khamenei has yet to have his say, and Obama needs to get it through the US Congress.

In the meantime, Iran continues to develop long-range ballistic missiles, remains involved up to its neck, via Hezbollah, in Lebanon and Syria, is taking control of additional regions in Iraq and Yemen, and is fueling the fires between the Shia and Sunni Muslims.

The Iranians' actions leave little room for doubt: They intend to deceive the West and remain a nuclear threshold state. The final agreement is due to be signed at the end of June, and two and half months is a long time in the Middle East. Israel still has time to influence the agreement and to win the diplomatic battle, before we are forced to consider other alternatives.

Now is the time for Netanyahu to plot his course anew. Firstly, he must reach quiet understandings with the moderate Sunni leaders in the region and to ensure that they are on the same page. We share clear common interests and there is significant potential for cooperation. Secondly, he must initiate a meeting with Obama, as an effective and critical measure on the way to putting the brakes on the Iranian nuclear program; and to this end, he will need to ensure that he has a good working relationship with the American president.

Netanyahu needs to show up at the White House with a series of professional requests and recommendations, backed by his security chiefs and the leaders of the Zionist parties in the Knesset.

The most important of these demands is that the lifting of sanctions must be gradual and, if necessary, reversible. The entire process should take at least a year and should be contingent on the Iranians meeting their obligations.

In addition, Iran should not be allowed to continue its nuclear research, since it has already enriched enough uranium to civilian levels for this purpose.

Also Iran must be forced to dismantle the team it has assembled to work on a nuclear payload for its ballistic missiles, must downscale its arsenal of ballistic missiles, and must refrain from any involvement in terrorist activity. The agreement should be in effect for at least 15 years, and must be supported by comprehensive and thorough international supervision.

Mr. Prime Minister, meeting with Obama is more important than any speech you could make in Congress. Now's the time for a heart-to-heart with the president, away from the media, in which you can stand up for Israel's interests as the man history has chosen to lead the country.