Rocket fired from Gaza into Sderot 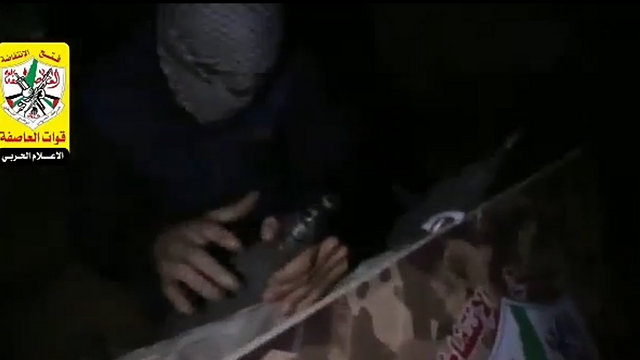 Israeli deterrence against Hamas has collapsed

Analysis: Up until a week ago, the 2014 military operation in Gaza provided the south’s residents with a period of calm they had not experienced since the first rocket was fired in 2001; but that’s over now, and Israel is possibly misreading Hamas’ intentions again.

The nonstop rocket fire from the Gaza Strip has been going on for a week now, with more than 15 rockets fired at Israel so far. For the sake of comparison, a total of 40 rockets were fired at Israel for three years and three months, since the end of Operation Protective Edge. What we are seeing is a collapse of the deterrence achieved in the 2014 military operation. Countless articles, military investigations and a state comptroller’s report have been written about the military management of the operation, and mainly about the faulty preparations for the operation, but the fact that it created deterrence against Hamas in Gaza is undisputable. Up until a week ago, the operation provided the south’s residents with a period of calm they had not experienced since the first rocket was fired in 2001—but that’s over now.

Up until now, we were told that Hamas was able to impose its authority on the rebel organizations and prevent them from firing rockets at Israel. In the past few days, Hamas has stopped making an effort or is unable to handle the organizations. The first option seems more reasonable.

The rockets are fired every evening, mostly in barrages, in an attempt to challenge the Iron Dome system installed in the area, which managed Wednesday to intercept two rockets making their way to the city of Sderot.

Until Wednesday, the IDF responded in a restrained manner, attacking mostly unpopulated Hamas military camps and trying to restore the previous situation through limited activities. The Israeli interest is clear: To avoid an escalation at least until the completion of the underground obstacle defense system around the Gaza Strip in a bid to reduce the ability of using attack tunnels against communities and IDF camps.

Meanwhile, the Israeli claim that Hamas is also interested in a calm in Gaza contradicts, for example, the Shin Bet’s announcement that managed to thwart a Hamas plot to kidnap Israelis during the Jewish holiday of Hanukkah. The cell that had planned the abduction was uncovered in the past two months. It includes three Hamas operatives from a village near Nablus, who were involved in planning the kidnapping of an Israeli soldier or citizen from a bus stop in one of the main junctions in Samaria, near Nablus.

The plan was that they would dress up as settlers from the area and kidnap an Israeli from the hitchhiking stop. According to the Shin Bet, the cell members were in contact with Omar Assida, a Hamas militant and a member of the Hamas top command in the Gaza Strip, who is responsible for organizing military actions and the flow of funds from the Gaza Strip to the West Bank.

The Shin Bet further noted that the Hamas command in Gaza provided guidance and financing for the planned abduction, which was aimed at advancing negotiations for the release of security prisoners jailed in Israel.

In this state of events, it’s possible that—like in June 2014—Israel is again misreading Hamas’ intentions and should perhaps draw conclusions and address the organization’s actual actions rather than merely its intentions and interests.