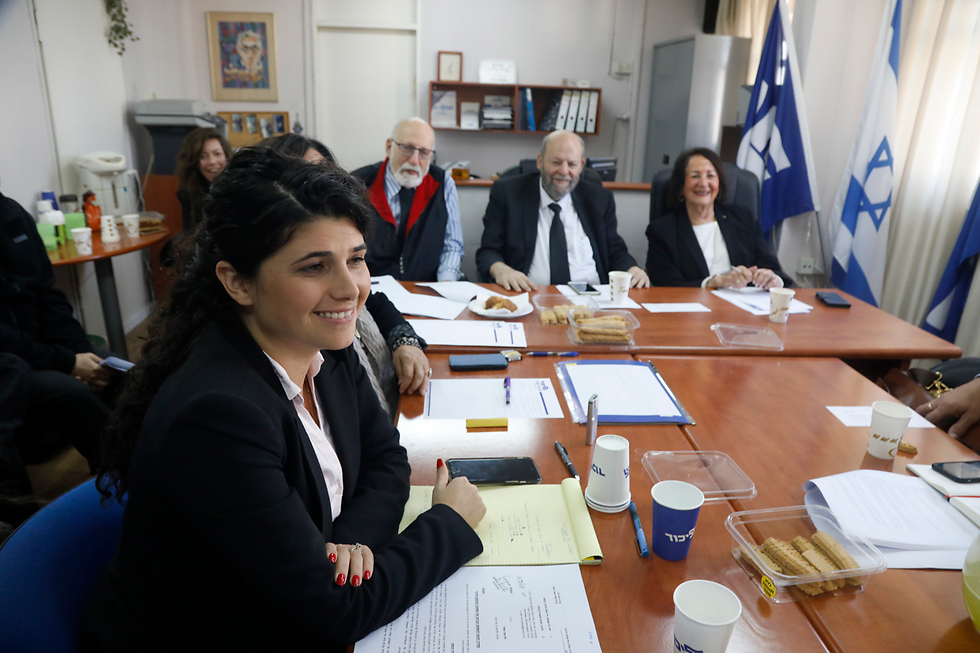 MK Haskel, who openly objects to the supermarkets bill, stood before her party's highest internal court as judges decide against removing her from the faction before she goes through with her stated intent not to vote for the bill.

The Likud's internal court decided to reject a petition to remove MK Sharren Haskel from the party over her open opposition to the supermarkets bill.

Filed by Likud Coalition Chair David Amsalem, the petition sought to dismiss Haskel due to her being a member of the Likud who serves on its behalf in the Knesset, and is therefore obligated, in accordance with the Likud constitution, to implement the movement's decisions and to promote their advancement.

Likud legal adviser Avi Halevi, who made this argument in the petition, asked the court to therefore "summon (Haskel) as soon as possible before the vote on the bill in second and third readings and to order the termination of her membership in the movement."

MK Haskel during the discussion on her dismal (Photo: Shaul Golan)
"It is not possible to rule on claims that have not yet occurred," the court said in its ruling, calling on Haskel to "reconsider her position on the issue … in light of the circumstances, including the need to preserve the continued existence of the Likud government," and adding that the petition could be filed again after the vote. In the discussion on her continued membership in the party, a heated confrontation erupted between Haskel and Halevi. "You are breaking coalition agreements," Halevi accused. "Maybe if you'll mature, they'll let you do it. If you grow up politically, and have more political experience."

"There is no higher virtue in the Likud than to maintain the integrity of the government," he added.

"Survival? Is that (the highest—ed) value of the Likud?" Haskel retorted, going on to slam Halevi for his alleged hypocrisy.

"Does (Likud MK) Miki Zohar have (more) political experience (than me)?" she asked, pointing out that both started serving as MKs in 2015, but, unlike her, Zohar wasn’t rebuked when he failed to vote with the Likud.

The supermarkets bill is expected to go up for vote in the Knesset plenum Monday evening for a second and third reading, despite the narrow majority expected in favor of the coalition, which stands on only one vote.