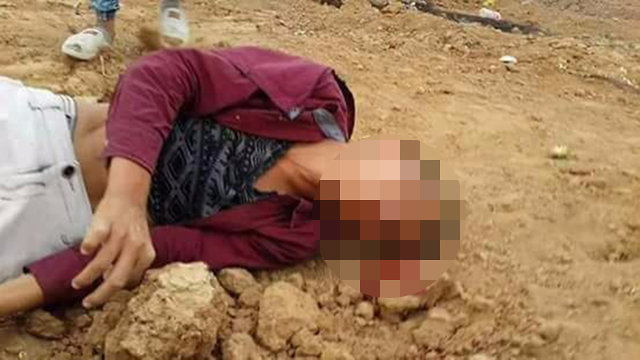 Op-ed: There is no need for hundreds or tens of thousands of protestors to take to the Israel-Gaza border. The shooting of one 15-year-old boy, whose death is now being investigated by Israel, is excellent fuel for the anti-Israel propaganda and a great opportunity for MK Tibi and others to turn IDF soldiers into murderers.

The good news from the south is that the number of protestors in the “March of Return” is decreasing. Hamas is encouraging, calling, shouting, broadcasting, publishing—but the masses are staying away.

From one Friday to the next, the numbers are dropping. Tens of thousands in the first protest; only several thousand last Friday. In this sense, at least in the current stage, it’s a failure.

The bad news is that there is no need for hundreds or tens of thousands of protestors to succeed. Just one 15-year-old boy, whose death is being investigated, is excellent fuel for the anti-Israel propaganda. And if the moment he was hit was caught on camera, it’s double trouble. It’s a great opportunity for Knesset Member Ahmad Tibi, and not just him, to turn IDF soldiers into murderers, and it’s an opportunity for the UN envoy and other functionaries and “rights activists” to use their arsenal of propaganda rockets against Israel.

The events on the Gaza border have stopped occupying a lot of space in the global press. But Natalie Portman’s announcement, unintentionally, put Gaza back in the headlines, as did the UN envoy’s statement and the European Union’s demand for an investigation into the incident. The IDF, in any event, intends on investigating.

Let’s put things in order. First of all, any killing of an innocent person is unfortunate. Hamas gains, Israel’s enemies celebrate, and Israel is the only one that loses from the situation. No one has placed cameras on the US-Mexico border, although 412 infiltrators or work migrants were killed there in 2017, and 498 in 2016, including children. But the border between Israel and Gaza, as well as the points of friction in Hebron, seem to have the highest number of cameras in the world.

Something else was caught on camera: Many of the kites flown towards Israel were marked with a swastika, in addition to carrying explosives. The mufti of Jerusalem, Haj Amin al-Husseini, was an ardent fan of the Nazis. He seems to have followers. It’s not just the Hamas Covenant or the calls for Israel’s destruction, chanted by some of the protestors. It’s also the kites carrying the Nazi symbol. And when these impassioned young people approach the fence, in an intentional provocation, with explosive kites—accidents can happen, and it’s a pity that they happen.

We shouldn’t make generalizations. It’s not that all of the strip’s residents identify with the Nazi ideology. But Hamas and its supporters, and likely many of the protestors as well, carry a message of annihilation and anti-Semitism.

The moderate ones settle for spreading the message of Israel’s destruction. That’s what Gaza resident Rana Shubair did, for example, in an article published in Hebrew in the “Sikha Mekomit” (Local Call) website. She wrote there about the “the Great Return March by the border with occupied Palestine,” to show us that when they talk about an “occupation” and about “Palestine,” they’re talking about Israel.

A kite marked with a swastika, flown by Gaza protestors into Israel (Photo: Twitter)

The thing is that the global media, almost without exception, ignored the protestors’ message. The swastikas didn’t appear in the New York Times or in Le Monde. But the Guardian published a letter by three members of the Breaking the Silence organization, accusing the IDF of instructing snipers to shoot to kill unarmed demonstrators.

They’re lying. There are no such orders. They didn’t bother, of course, to write a single word about the responsibility of Hamas and its supporters. On the contrary, they wrote that “harming innocent people in Gaza is part of what is needed to maintain the regime of occupation.” And if former soldiers publish a letter which leads to the conclusion that IDF soldiers are murderers, how can we complain about those newspapers’ editorials?

The lies produced by Breaking the Silence and the blind eye the global media has been turning to the protestors’ horrific messages don’t reduce Israel’s responsibility. We could have done things differently. It was clear in advance that Hamas wanted casualties, and that its propagandists would—intentionally and unintentionally—point an accusing finger at Israel. It was clear that the battle wouldn’t take place only in the border area, but also in the global media.

The damage could have been decreased by conveying a message of reaching out to the strip’s residents, who are suffering because of Hamas and not because of Israel. But nothing was done. Hamas may have failed, and the masses aren’t going out to protest, but Israel—as expected—is being defeated once again.