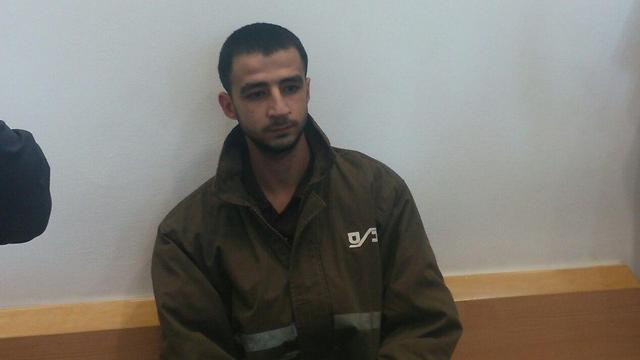 Khalil Nimri files claim for NIS 80,000 for reimbursement of defense expenses and compensation for his unjust detention one year after being acquitted of planning a terror attack at a hotel in Eilat.

Khalil Nimri, a resident of east Jerusalem who was acquitted in 2017 of planning to plant a bomb in a hotel in Eilat, is suing for NIS 80,000 in damages over his unjust arrest and to cover his defense expenses.

"The court's ruling speaks for itself," according to Nimri's request for compensation, which was submitted to the Be'er Sheva District Court judges who acquitted him.

Nimri, now 24, was arrested in 2015 after he was identified by the hotel's receptionist as the person who came to tour the hotel and asked suspicious questions about the rooms.

He was taken in for interrogation by the Shin Bet, during which he confessed to have planned to carry out an attack at the hotel.

But a short time later, the same receptionist spotted the person who actually took the tour of the hotel—Ashraf Salameh, 25. The receptionist called the police and admitted his mistake, and Ashraf was taken in for questioning as well.

Instead of admitting the mistake and releasing Nimri, the Shin Bet formulated a theory according to which the two—both residents of east Jerusalem who were working in Eilat at the time—planned to carry out the attack together.

In their reasoning, which was released some time after the acquittal, judges Ariel Vago, Aylon Infeld and Ariel Hazak noted the defendant was arrested under the Shin Bet's mistaken belief that he was behind the plot to bomb the hotel and may have been falsely jailed.

"The Shin Bet's investigation methods are unknown to us," the judges wrote. "It can be assumed that when given appropriate intelligence, the Shin Bet knows how to carry out an investigation to thwart the threat in the most effective manner. However, in this case, at least based on the evidence presented before us, there is concrete concern that the defendant (Nimri) was arrested and spent two years in detainment while innocent of any crime."

In his claim, Nimri demands to be reimbursed for his defense expenses and to be compensated for his unjust detention, in accordance with Article 80 of the criminal law.

Nimri's lawyers, Ester Bar-Zion and Victor Uzan, filed the suit, in which it was claimed that Nimri's good name, as well as his livelihood, have been damaged as a result.

"There is no dispute that his confession was a false one … A reasonable prosecutor is supposed to act as a public emissary and have a duty to examine the evidence, to locate and correct investigation failures and to ensure that the suspect's rights are not violated—which did not happen in our case," Bar-Zion said.

In response to the suit, the State Attorney's Office said there was sufficient evidence to indict Nimri.

"In the evidence that was available to the prosecution at the time the indictment was filed, there was sufficient evidence for any prosecutor to do so.

"The defendant’s lies caused an extraordinary extension of the trial, and therefore there is no justified reason to require the state to provide compensation under these circumstances," the prosecution’s statement read.