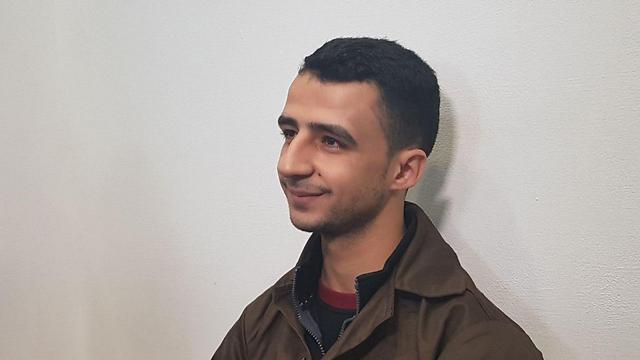 Judges in Be'er Sheva District Court provide no explanation for letting Khalil Nimri, 23, off the hook despite an incitement filed in 2015 against him which included a confession that he, together with a fellow worker at a hotel in Eilat, planned to bomb group of religious Jews; confession appears to have conflicted with other objective evidence.

A resident of eastern Jerusalem was acquitted Thursday despite being indicted for conspiracy to assist an enemy in times of war and confessing two years ago to planning to plant a bomb in a hotel in the southern holiday resort of Eilat. The State Attorney's Office has already filed an appeal to the Supreme Court over the decision to the acquittal. Khalil Nimri, 23, was charged by the Southern District Attorney's Office, along with Ashraf Salameh, 25—both of whom lived and worked in Eilat at the time—in 2015 for allegedly planning the attack with the intention of killing a group of Ashkenazi religious tourists staying in the Hotel Be Center, formerly called the Rio hotel.

The two were arrested at the end of November 2015 and later confessed their involvement in the plot following the conclusion of an intensive and protracted Shin Bet investigation.

According to the indictment, Nimri and Salameh did not know each other before planning the details of their plot and met while working in Eilat.

The two were arrested after a receptionist in the hotel reported suspicions stemming from Nimri asking a series of unusual questions. A few days later, the receptionist said that he had made a mistake in identifying Nimri after an encounter with Salameh, who was subsequently arrested.

The two met in one of their homes where they decided to carry out an attack against Jews to take revenge during the height of what became know as the ‘wave of terror’ in which Israel experienced daily shootings, stabbing and car-ramming attacks. Nimri “sought to avenge the death of a childhood friend who was killed in October 2015 during a stabbing attack in Jerusalem, and Ashraf Salameh also felt the need take revenge on the State of Israel and carry out a terror attack,” the indictment states.

Khalil Nimri's mother in court (Photo: Haim Horenstein)
The panel of judges in the Be'er Sheva District Court did not provide a reason for their decision to let Nimri off the hook. However questions were raised over the veracity of the confession, which was ultimately not accepted. The bulk of the case was predicated on Nimri’s confession, as is common in many security-related trials. However, the confession did not entirely correspond with objective evidence presented during the legal proceedings.

Despite the fact that the judges determined that the confession was admissible in court, objective evidence did not indicate that Nimri was guilty beyond reasonable doubt.

Nevertheless, the judges were not able to state unequivocally that the confession was false due to the precedent it could set in future security-related trials.

“In many cases, The Shin Bet succeeds in uncovering and thwarting terrorist incidents,” said Nimri’s Lawyer after the acquittal. “However, it is clear throughout the entire interrogation ... (they refused) to look at the reality staring them in the faces, gathering evidence and interrogating witnesses, in the unshakable belief that the truth is revealed by the interrogation procedures, and that "they will not let the facts confuse them."

Later, Nimri would claim that he confessed under pressure during the 11-hour Shin Bet grilling.

During the investigation, it emerged that Nimri never even stepped foot even in the targeted hotel.

“The defendant’s confession was false,” the attorney wrote, pointing out that the Shin Bet investigator presented details to Nirmi that only people who were actually in the hotel could have been familiar with.

The receptionist recognized Nimri, who she believed was the person working in the hotel. A few days later, the mistaken identity was acknowledged.

Salameh, on the other hand, was in the hotel and confessed to the plan during his investigation.

“We came to the conclusion that even if his confession was admissible, there is no evidence proving the defendant's responsibility beyond reasonable doubt,” the judges wrote. “We will not be providing our reasons at the moment but we will endeavor to do so within 30 days.”

Speaking after the court decision, Nimri said: “You don’t know how happy I am to be released, to see my family but I am angry.”

His mother also added “I prayed for two years. I told them I didn't raise my boy like that.”