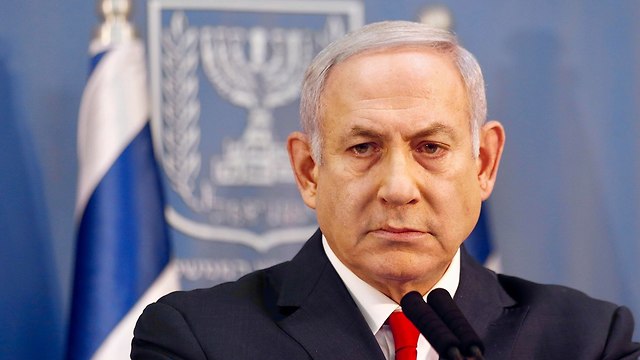 Op-ed: Hamas succeeded in convincing the Right it had won the last round of fighting in Gaza, leading Netanyahu and Bennett to declare a new chapter has begun. But what has really changed? Nothing. Israel needs a change, which is exactly what the current government is lacking.

The Hamas propaganda has succeeded. Some fiery speeches, some sweets being handed out in the streets and the right-wing is convinced Hamas won.

This was the message in Prime Minister Benjamin Netanyahu's speech on Sunday and at Education Minister Naftali Bennett's press conference on Monday. Both of them, it is important to note, spoke about the beginning of a new chapter. For a minute there, one could have thought the feeble government had been dissolved and a new one has been formed in its stead.

They said everything is going to change. Excuse me?! The prime minister and the education minister are both members of the Security Cabinet. They are the decision-makers. They were those who decided that restraint is preferable to another confrontation, which will contribute nothing. Netanyahu went as far as praising the restraint policy.

So what changed? Nothing. But former defense minister Avigdor Lieberman resigned, and Bennett made his threats. And all of a sudden, everything is different? Does Netanyahu suddenly know new things that a week ago he did not? Is there suddenly such a gap between his speeches? These are not rhetorical questions. These questions arouse fear in all of us.

Netanyahu's winning hand was that he was stately and not political as far as security and military matters were concerned. But in a heart beat he abandoned stateliness for politics.

The Israelis living in communities along the Gaza border have been suffering for months. Netanyahu did not succeed in finding a solution. His failure is neither due to a soft or a hard approach, nor because of the Military Advocate General, as Bennett claimed on Monday, sparking even Lieberman's ire. Netanyahu failed in finding a solution since Israel has no policy. Israel is only retaliating, not initiating. And no, this is not a disagreement between the Left and the Right.

The disagreement lies between those thinking there is a need for a clear policy, which includes forming an international and Arab coalition that will forge an outline to improve the situation of Gaza's residents in exchange for demilitarization, and those who choose to do nothing—as the current government does.

Since Netanyahu and Bennett are stirring the ship, it is unclear who they are placing the blame on. It is nice of Bennett not to resign. However, what new and surprising security policy is he talking about? Does the education minister intend to fire the chief military advocate general? The IDF chief of staff? Does he intend to drag Netanyahu and Israel to a fire-and-brimstone adventure, which will end exactly like the two last operations in Gaza?

A change is needed. But change does not equal confrontation; because so far, Israel has been going from one confrontation to another, and nothing has changed.

Change means policy. And it appears policy is exactly what is missing in the new government, which is actually the old one.

Until now it was clear, despite the slandering, that the prime minister has been avoiding military confrontations because of political interests. Has something changed? Let's pray not. But one shout admit that if, god forbid, a confrontation was to erupt, Netanyahu and Bennett succeeded in creating question surrounding Israel's chances of winning.