One of the leaders of the tent protest has called on Professor Manuel Trachtenberg, who heads the government-appointed committee tasked with resolving the social crisis, to resign in order to avoid being associated with "the government fraud."

At a press conference in Tel Aviv's Beit Sokolov, Daphni Leef announced Wednesday that activists are resuming their protest and criticized Trachtenberg's remark of maintaining the budget frame.

She explained that this would render the committee's proposed changes one-time amendments. "The committee knowingly deceives the public. We shall not be satisfied until our demands are aptly addressed," she said. 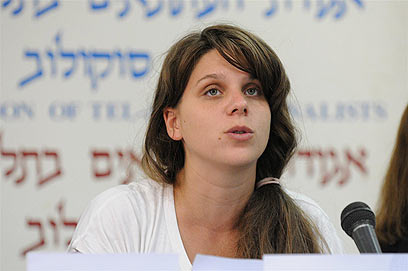 She called on Prime Minister Benjamin Netanyahu to "send Professor Trachtenberg on his way, we don't need him. We have a committee chairman who is an expert on economics. We chose him ourselves – that is you Mr. prime minister."

Leef noted that a rally scheduled to be held on Saturday will serve as a prelude to the September 3 protest which is slated to attract one million people.

"Netanyahu, you don't need another committee. We are not establishing political parties, we are demanding your involvement and responsibility – reconvene the Knesset." She added that September 3 will see the largest social protest in Israel's history. 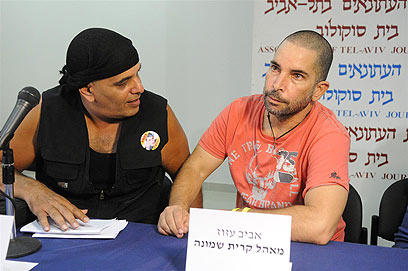 The Tel Aviv press conference was meant to present a list of demands from the government but turned into a heated debate. Some of the activists from across Israel's tent cities were outraged over not receiving the list of demands ahead of time, or being consulted on it. This was most likely the result of a misunderstanding. Others expressed criticism against the protest leaders.

A rally to raise awareness to the plight of the middle class in Yeruham will be held in the town on Thursday.

The local council has a NIS 14 million deficit which puts the salaries of all public servants at risk. Council head Michael Biton said: "Anyone who thought that a security event will divert the public's attention is wrong. A solution must be given to both problems, one does not cancel out the other."