Palestinians: 'We won't give up UN bid'

Nabil Shaath says there is 'no turning back' on statehood bid following reports suggesting US trying to stall effort. 'If the UN vetoes it, we will knock on the door of the Security Council,' he says

The Palestinians will not be deterred from seeking United Nations membership, a senior official said here Sunday, after reports Washington was trying to head off their bid.

"The Palestinians are going to the UN Security Council to ask for recognition for the state of Palestine on the 1967 borders... and there is no turning back or other choice than this one," said leading Palestinian official Nabil Shaath.

"There is no alternative to this decision and no going back on it and if the United States vetoes it, we will continue to knock on the door of the UN Security Council seeking full Palestinian UN membership," he told AFP.

The comments from Shaath, a member of the Fatah party led by Palestinian president Mahmoud Abbas, came after The New York Times reported that Washington was trying to put together a new peace talks proposal that would convince the Palestinians to hold off seeking membership at the United Nations. 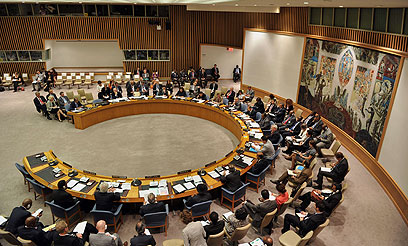 Washington has said it will veto any Palestinian bid, but has made it clear it would prefer that the issue does not reach a vote at the Security Council.

The Times, citing US officials and foreign diplomats, said Washington was laboring to find language that would be sufficient to lure the Palestinians away from their bid, bring Israel to the negotiating table and be acceptable to the other members of the peacemaking Quartet - the EU, UN and Russia.

Europe has struggled to define a unified position on the Palestinian bid, and Shaath said Sunday that EU foreign policy chief Catherine Ashton would visit Ramallah this week for talks with Abbas on the issue. 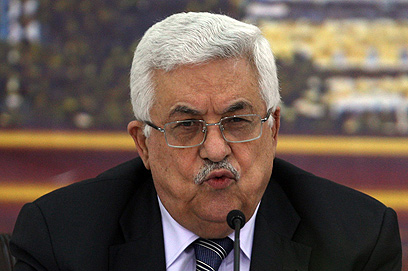 The Palestinians have insisted that they will not scrap their bid for UN membership, even if a new peace proposal is floated, insisting the move does not exclude the possibility of new talks.

Abbas and other senior Palestinian officials have spent recent months meeting with diplomats and officials from around the world, seeking to garner their support for the statehood bid.

Abbas was expected to continue his tour with a trip to Portugal at the end of this week, Shaath said.

The Palestinians are also launching a major public relations and protest campaign, seeking to garner popular support for the UN bid through media messages and peaceful demonstrations.

The director general of the official Voice of Palestine radio Ahmed Aridi told AFP on Sunday that the station would soon begin broadcasting radio spots in six languages to promote the membership bid.

The messages, which will run in English, Arabic, Hebrew, French, Spanish and Russian, state: "You are being offered peace with the state of Palestine on the 1967 borders."

The spots are part of the broader "Palestine 194" campaign, which is being officially launched later this week and is expected to include adverts and peaceful protests inside the West Bank and overseas.