A UN Security Council panel on admitting new members to the United Nations met on Friday for the first time on the Palestinian bid to join the world body as Palestinians lobbied council members for support.

After the closed-door meeting of the council's standing committee on admitting new members, which comprises all 15 council members, Lebanese UN Ambassador Nawaf Salam said the committee unanimously agreed to continue meeting at the expert level next week.

French Ambassador Gerard Araud said following the meeting that the committee will ask experts to determine if the request "meets the criteria of the (UN) Charter," which requires that applicants be "peace-loving" and accept its provisions.

Araud said experts will review technical aspects of the request for the first time next week, and indicated there would be further meetings before the committee reports back to the 15-member Security Council. 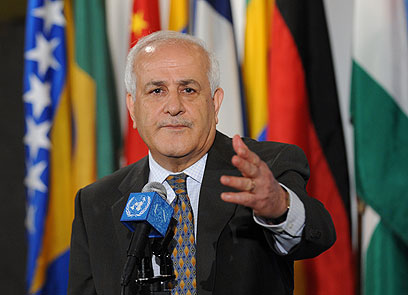 It was the beginning of an assessment process that will pit the aid-dependent Palestinians against the United States and Israel, both of which vehemently oppose the membership bid, in trying to secure the support of undecided council members.

Diplomats said following the panel meeting that the Security Council's decision on the Palestinian request is still weeks away. According to the officials, the 15 member nations wish to delay the decision in order to give the international efforts that aim to restart the direct talks between Israel and the Palestinians another chance.

"The process will take several weeks and there is obviously a connection with the efforts of the Quartet," a Western diplomat who requested anonymity said.

Other council officials said the Palestinian UN bid is doomed to failure due to US opposition. But the chief Palestinian delegate at the United Nations, Riyad Mansour, reiterated his hope that the application would not sit too long in the committee but would be swiftly approved by the panel.

"They will start dealing with the details of things related to our application," Mansour told reporters after the council meeting. "We hope that the experts will deal with this part of the exercise in a short period of time." 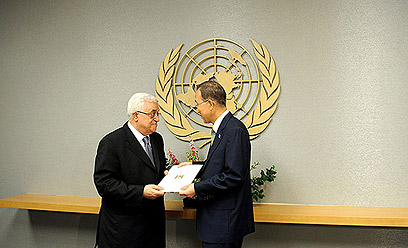 Salam has been the president of the Security Council this month. Nigerian Ambassador Joy Ogwu takes over the chair on Saturday for the month of October, which means she will be overseeing the standing committee's work.

Several diplomats said the committee on membership – unlike the full council – makes recommendations on the basis of a simple majority vote and no countries have a veto.

That means the Palestinians only need to persuade eight of the 15 council members to support a committee recommendation that Palestine be admitted as a member state.

When and if the issue leaves the committee and goes back to the council for a vote, the United States will be in a position to use its veto power to strike down the Palestinian application, as Washington has vowed to do.

Security Council resolutions need nine votes in favor and no vetoes from the five permanent members to pass.

The Palestinians, Western diplomats say, have only six certain votes on the council. Those are the five "BRICS" nations – Brazil, Russia, India, China and South Africa – and Lebanon. Bosnia, Gabon and Nigeria are "swing votes" on the council that could go either way, envoys say.

The three undecided council members are quickly becoming the focus of intense lobbying efforts by the Palestinians, Israelis and Americans, UN diplomats say.

If the Palestinians fail to secure nine votes on the council, the United States will not have to use its veto, something Washington would prefer to avoid in order not to spark anti-American demonstrations across the Middle East.