Some 25 tombstones were vandalized at two Jaffa cemeteries belonging to Muslims and Christians. The messages “Death to Arabs” and “Price tag” were spray painted on the graves.

Police forces arrived at the site and launched an investigation into the incident, but no suspects had been arrested for the time being. The acts prompted Jaffa residents to hold an emotional rally on Jaffa's streets Saturday evening.


President Shimon Peres condemned the vandalism acts at Jaffa’s Christian and Muslim cemeteries, referring to them as “despicable acts that disgrace us and contradict the moral values of Israeli society.”

The president urged law enforcement officials to undertake the utmost efforts in order to nab the vandals.

The acts of vandalism were discovered over the weekend; it is not clear when the tombstones were defaced. Local residents were furious and said there is a direct link between the incident and the recent torching of a mosque in northern Israel. 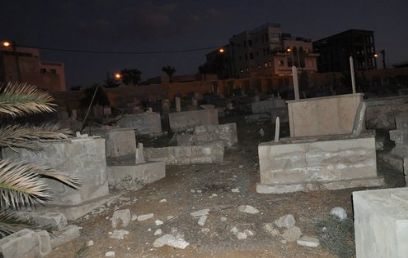 At least 22 tombstones were shattered or spray painted at the Muslim cemetery and another four were damaged at the Christian cemetery. Hundreds of Jaffa residents who arrived at the site expressed their anger over the police’s helplessness. 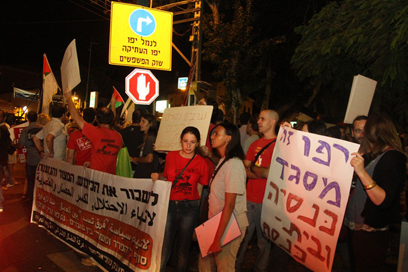 Police officials initially said the circumstances of the incident are unclear and that more information would be provided later.

Sami Abu Shahade, a member of the Tel Aviv-Jaffa city council, told Ynet: “This is an expected result of the policy promoted by the Netanyahu-Lieberman government. Price tag acts are not punished and security forces show helplessness vis-à-vis the settlers. The result is a green light for settlers and radicals to continue their activities as usual, because Netanyahu decided that price tag acts will carry no price tag.”

Jaffa resident Said Mahmid told Ynet: “This is a very grave act and we won’t remain silent…the criminals responsible for the torching of the mosque in Tuba Zangaria are still walking around freely and are continuing to attack our holy sites.”

Photos of the vandalized graves were posted on Facebook, and a new group set up on the social network urged residents to come out for a protest in Jaffa at 9 pm Saturday. “We won’t let racism pass,” the online message said.

Later, some 150 people, both Arabs and Jews, gathered on Jaffa's Yefet Street, chanting against the acts of vandalism and urging the police to nab the perpetrators.

Gil Naveh contributed to the report