Palestinian prisoners set to be released as part of the first stage of the Shalit deal are being assembled in two prisons ahead of their release. Some 477 prisoners in 16 Israeli jails will be transferred throughout the day to the Ketziot Prison in south Israel and the Hasharon Prison in central Israel.

On Tuesday they will be released to Egypt, Gaza and the West Bank in exchange for captive soldier Gilad Shalit.

Three small buses left the Damon Prison in north Israel carrying 15 female prisoners. "Finally we are able to breath some air," one of them said before boarding the bus. Police blocked a nearby road. Officers are escorting the buses to the Hasharon Prison.

Several residents of Daliyat al-Carmel and Isfiya called out in praise of the prisoner swap deal as the bus was passing by. 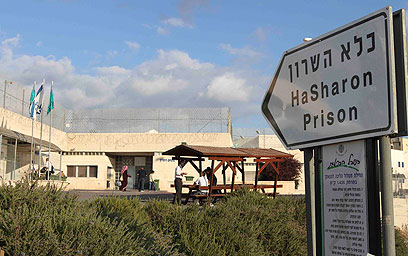 Meanwhile, Prison Service forces and buses entered the Nafha Prison near Mitzpe Ramon to extract more than 200 security prisoners and transport them to the Ketziot Prison. Some of the inmates managed to stick their hands out of the police vehicles' windows and gesture "V" signs.

The prisoners will undergo medical exams before heading to the new location.

Also Sunday, prisoners in the Megiddo Prison who are part of the deal left for Ketziot under heavy security. Security prisoners in the Shatta and Gilboa prisons were transferred to Megiddo and will be moved to Ketziot later on Sunday. 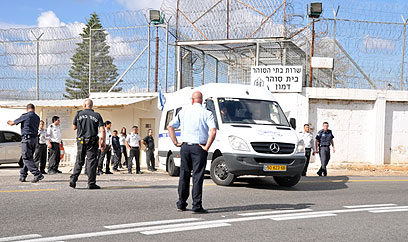 Meanwhile, it was reported that Hamas is insisting that 10 additional female prisoners be released but Israel firmly objects. State officials stressed that Jerusalem will oppose any demand to amend the deal. Many Arab-Israelis are planning to protest for their release.

On Saturday night, Israel's Prison Service published the list of the 477 prisoners to be released as part of the first stage of the Shalit deal on its website.

The list contains the names of 450 male prisoners, including 280 inmates serving life sentences, and 27 female prisoners. All prisoners received official notice about their impending release on Sunday morning. The second stage of the deal will see 550 additional prisoners chosen by Israel being released.

The Supreme Court has scheduled a hearing for Monday over a petition filed by the Almagor Terror Victims Association to annul the Shalit deal, Ynet has learned. The organization also petitioned the court to extend the period of time that the Justice Ministry had given the public to voice their objections to the deal.