Gilad Shalit: I Thought I'd stay in captivity for years

In surprise interview with Egyptian television moments after his release, Shalit says he missed his family, talking to people

"I thought I'd find myself in this situation for many years to come," Gilad Shalit told Egyptian television on Tuesday moments after he was released from Hamas captivity after 1,941 days.

In a surprise interview, Shalit was seen having trouble speaking and giving short responses to the questions presented to him by the Egyptian reporter.

Asked what he missed most of all during his years of captivity, Shalit responded: "Obviously, I missed my family. I want to meet people, talk to them and tell them about my experience in captivity for all these years," he said.

Security officials noted that the interview was held despite Israel's refusal, and significantly delayed his return to Israel.

'I felt it coming'

During the interview Shalit seemed uneasy, confused and exhausted. The interviewer presented Shalit questions in English, which were translated into Hebrew. Gilad replied in Hebrew.

At the beginning of the interview, Gilad was asked about his medical condition, to which he replied: "I don't feel so well from the whole affair." However, he was translated back into Arabic as saying: "I feel good." 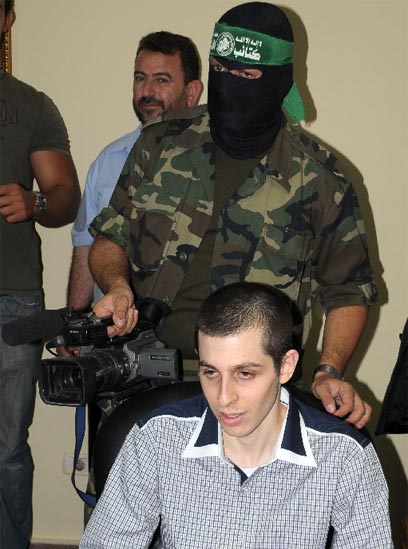 Shalit said that he received word of his expected release last week. "I've felt it coming in the past month. I'm very excited."

"Now you are free," the interviewer told Gilad. "Yes, it is hard to believe after five years," Gilad Replied.

"All these years, we only saw you once," said the interviewer. "I'm not the one you should be asking that," Shalit replied. 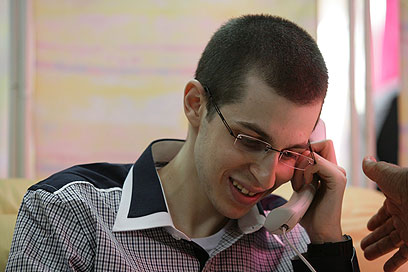 Asked whether he felt that he was forgotten, Gilad replied, "I knew my family and many people in Israel were doing everything they can to release me. I saw it in the news," he said, adding that he had access to television and radio.

Asked why he thinks the Egyptian mediation succeeded in securing the exchange deal, Shalit said: "I think the Egyptians succeeded because of their good relations with Hamas and Israel.

Asked whether he will campaign for the release of the other Palestinian prisoners held in Israel, Shalit said "I would be happy if they are released, on condition that they stop fighting against Israel."