Waiting for cabs instead of buses
Photo: Herzel Yosef

The general strike ended Monday morning at 10 am after causing major delays in the public transport system and at the Ben Gurion Airport.

Frustrated Israelis waited in long lines to board taxicabs on their way to work, as trains and buses were on strike. Israel Railways officials predicted disruptions will continue after the strike ends. Ben Gurion Airport officials prepared in advance for the strike and only reported minor flight delays.


The National Labor Court on Monday issued injunctions against the general strike declared by the Histadrut labor federation limiting it until 10 am. The strike officially began at 6 am. 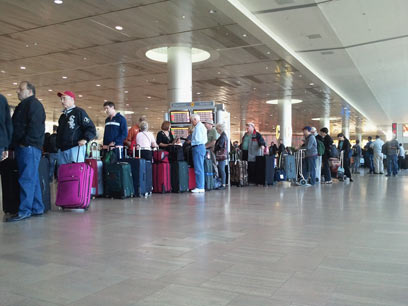 A panel presided by Judge Nili Arad ordered the Histadrut and the Finance Ministry to hold intense negotiations and report their progress by Thursday at 12 pm.

"Under the circumstances, limiting the strike for a duration of four hours can further negotiations and allow a dialogue which can help find an agreed upon solution," the court said.

The Histadrut said in response:" We shall honor the court's decision and stop the strike at 10 am, but we shall continue to fight for contract workers. We hope the Finance Ministry changes its position during the negotiations." 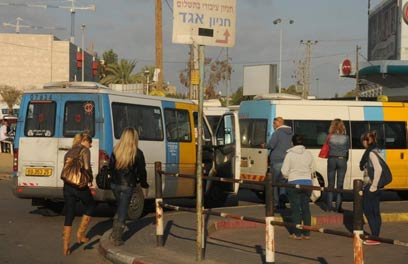 The ruling was issued after many hours of deliberations. Histadrut labor federation Chairman Ofer Eini and Finance Minister Yuval Steinitz met in Judge Arad's chambers on Sunday night but failed to reach understandings.

The Histadrut is demanding that the State and private sector minimize the employment of outside contractors and hire most of them as full-fledges workers in the civil service, local authorities and large private companies.

Arad offered the sides the chance to hold negotiations under the auspices of the Labor Court but the Histadrut refused. Eini added that during the talks "no progress was made, and nothing changed.