The White House said on Saturday that Iran is facing an unprecedented degree of isolation, with major world powers united in their opposition to Tehran getting a nuclear weapon.

"Russia, China and the United States I can tell you share a similar goal, and that is to not seeing the Iranians move toward the development of nuclear weapons," US national security adviser Tom Donilon told reporters.

"The degree of isolation really is unprecedented," he said, referring a Friday vote by the United Nations nuclear watchdog IAEA expressing concerns about Iran's nuclear program.

US President Barack Obama discussed Tehran's nuclear ambitions with Russian and Chinese leaders last week during an Asia-Pacific summit he hosted in Hawaii. 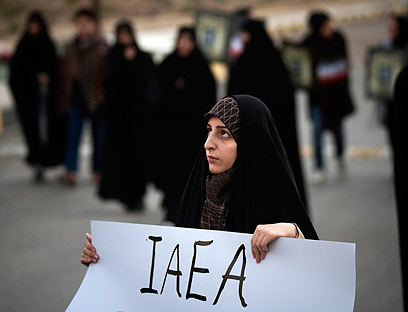 Donilon was speaking on the last day of Obama's nine-day Asia tour, which is ending with his participation in an East Asia Summit meeting in the Indonesian island of Bali.

On Friday, sources in Washington said the United States plans to sanction Iran's petrochemical industry, in an effort to send a strong signal after the UN nuclear watchdog issued a Nov. 8 report saying Iran appeared to have worked on designing an atomic bomb and may still be secretly carrying out related research.

The sources, who said the sanctions could be unveiled as early as Monday, said the Washington wanted to find a way to bar foreign companies from aiding Iran's petrochemical industry with the threat of depriving them access to the US market.

It was not clear what authorities the Obama administration planned to invoke to impose the sanctions or precisely how, and how much, they would hurt Iran's petrochemical sector.