A senior German official says the government has approved the subsidized sale of another Dolphin-type military submarine to Israel.

The official says Germany has set aside €135 million ($180 million) in next year's budget to pay for about a third of its cost.

Dolphin-class submarines are capable of carrying nuclear-tipped missiles, but there is no evidence that Israel has armed them with such weapons. 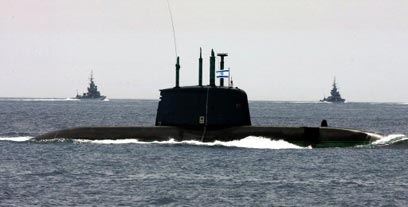 Israel already has three Dolphin submarines from Germany - one half-funded and two entirely funded by Berlin, a staunch Israeli ally.

The official, speaking on condition of anonymity because of the sensitivity of the issue, said Wednesday a 2005 agreement between the two nations included an option for another subsidized submarine which was now activated at Israel's request.