Iran scoffs at Obama request for US drone’s return

A US drone captured by Iran is now the "property" of the Islamic republic, Defense Minister Ahmad Vahidi said on Tuesday, dismissing a request by President Barack Obama for its return.

"The American espionage drone is now Iran's property, and our country will decide what steps to take regarding it," Vahidi was quoted as saying by the ISNA news agency.

"Instead of apologizing to the Iranian nation, it (the United States) is brazenly asking for the drone back," Vahidi also said, according to another news agency, Mehr.

Iran "will not back down from defending the nation or its interests," Vahidi declared. 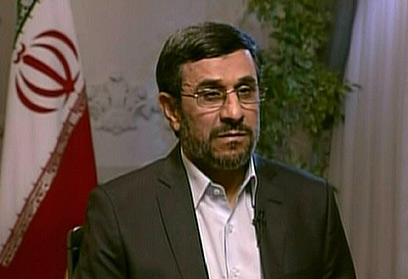 Obama on Monday acknowledged that Iran was holding the reconnaissance drone -- a bat-winged RQ-170 Sentinel -- by saying: "We've asked for it back. We'll see how the Iranians respond."

Iran last week displayed on state television what it said was the drone. A lawmaker said the Islamic republic was unlocking the aircraft's software and was going to reverse-engineer the drone.

"It seems he (Obama) has forgotten that Iran's airspace was violated, spying operations were undertaken, international laws were violated and that Iran's internal affairs were interfered with," ministry spokesman Ramin Mehmanparast said Tuesday in his regular media briefing, according to Fars news agency.

"Instead of an official apology and admitting to this violation, they are making this request," he said.

Iranian officials claimed a Revolutionary Guards cyber-warfare unit had hacked the aircraft's controls and brought it down.

The head of Iran's parliamentary national security committee, Parviz Sorouri, said on Monday that Iran was in the "final stages" of decoding the drone's software and "our next action will be to reverse-engineer the aircraft."

Obama, who gave the first official US confirmation that the drone was in Iran's hands, shed no light on the plane's mission or why it failed to return to its base in Afghanistan.

"With respect to the drone inside of Iran, I'm not going to comment on intelligence matters that are classified," he said. 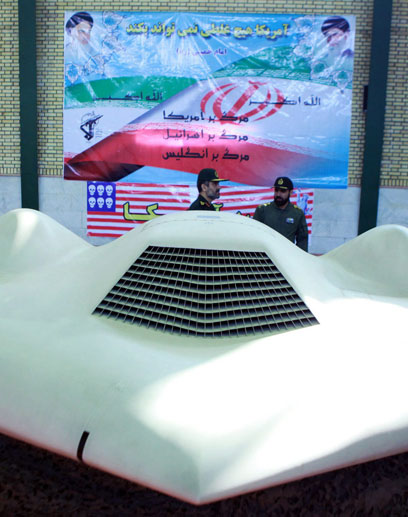 US Secretary of State Hillary Clinton had expressed doubt that Iran would agree to give back the drone.

"Given Iran's behavior to date, we do not expect them to comply," Clinton told reporters at a Monday press conference with British Foreign Secretary William Hague, with whom she discussed Iran.

Although the drone incident has handed Iran a propaganda coup, US Defense Secretary Leon Panetta voiced skepticism that Tehran would gain much of a technological advantage from the aircraft.

"It's a little difficult to know just frankly how much they're going to be able to get from having obtained those parts," Panetta told reporters aboard a US military aircraft.

Asked if Iran may have forced the plane down in a cyber-attack, Panetta said: "I don't know."