But Panetta has indicated that the US will give more time to gain control of the militias that overthrew Gaddafi before determining how to help the fledgling government.


"The last thing you want to do is to try to impose something on a country that has just gone through what the Libyans have gone through," said Panetta on Friday before landing in Tripoli. 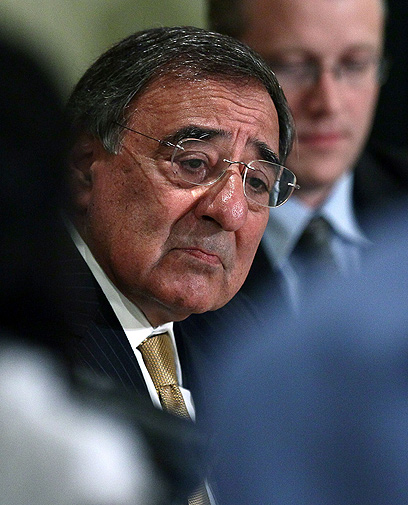 Panetta is set to meet with members of the transitional government in Tripoli during his stay.

While eager to encourage a new democracy that emerged from Libya's Arab Spring revolution, the US is wary of appearing as trying to exert too much influence after an eight-month civil war. At the same time, however, leaders in the US and elsewhere worry about how well the newly formed National Transitional Council can resolve clashes between militia groups in the North African nation.

Ahead of Panetta's visit, the Obama administration announced it had lifted sanctions the US imposed on Libya in February to choke off the Gaddafi regime's funds while it was violent suppressing peaceful protests. The US at the time blocked some $37 billion in Libyan assets, and a White House statement said Friday's action "unfreezes all government and central bank funds within US jurisdiction, with limited exceptions."

Recovery of the assets "will allow the Libyan government to access most of its worldwide holdings and will help the new government oversee the country's transition and reconstruction in a responsible manner," the White House said.

But the continuing violence in Libya, including recent skirmishes between revolutionary fighters and national army troops near Tripoli's airport, reflects the difficulties that Libya's leaders face as they try to forge an army, integrating some of the militias and disarming the rest.

Panetta told reporters Friday that his visit to the Libyan capital will give him a better sense of the situation and allow him to pay tribute to the people for bringing down Gaddafi and trying to establish a democratic government.

"I think that any country like Libya that was able to do what they did and show the courage that they did in making the changes that took place there - I'm confident that ultimately they're going to be able to succeed in putting a democracy together," he said.

Panetta said the US is prepared to provide Libya any assistance it needs.

The US and NATO provided months of military power and assistance to the Libyan rebels, but officials have made it clear they do not intend to do the same in Syria despite the furor over President Bashar Assad's crackdown on pro-reform demonstrators.

Panetta, who met with Turkish officials Friday, said they did not discuss any specific steps to increase pressure on Assad to step down.

But they talked about the need to work together with other nations to "get Assad to do the right thing."

At some point, he said, he believes that the type of uprisings that happened in Libya and elsewhere across the Middle East will take place in Syria.