Obama: I'm not bluffing on Iran

American president tells The Atlantic magazine that 'when the US says it is unacceptable for Iran to have a nuclear weapon, we mean what we say'

President Barack Obama says he means it when he insists it's unacceptable for Iran to have a nuclear weapon. "I don't bluff," Obama said in an interview published Friday.

In his most expansive remarks on the issue, Obama told The Atlantic magazine that Iran and Israel both understand that "a military component" is one of a mix of options for dealing with Iran, along with sanctions and diplomacy.

Obama plans to meet Monday at the White House with Prime Minister Benjamin Netanyahu and will try to convince him to postpone any plans his government may have to attack Iran's nuclear facilities in coming months.

The president said he won't advertise any US plans for Iran. At the same time, Obama has consistently refused to renounce a military option.

"I think that the Israeli government recognizes that, as president of the United States, I don't bluff," he said in the interview. "I also don't, as a matter of sound policy, go around advertising exactly what our intentions are. But (both) governments recognize that when the United States says it is unacceptable for Iran to have a nuclear weapon, we mean what we say."

Obama warned that a premature strike might inadvertently help Iran: "At a time when there is not a lot of sympathy for Iran and its only real ally (Syria) is on the ropes, do we want a distraction in which suddenly Iran can portray itself as a victim?" 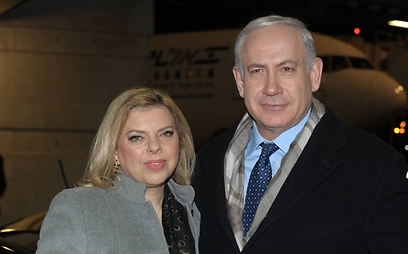 He also pointed to economic turmoil in Iran and reiterated that sanctions against the Iranian regime are starting to bite.

In a series of recent meetings with Israeli leaders, administration officials are believed to have sought to persuade the Jewish state to give sanctions more time to work and to hold off on any military strike.

Speaking Thursday to reporters, White House press secretary Jay Carney said Obama believes there is still "time and space" for those measures to persuade the Iranian regime to take a different course.

Israeli officials acknowledge the pain in Iran but have publicly expressed doubt those measures will ever cause Iran's clerical leaders to change course. 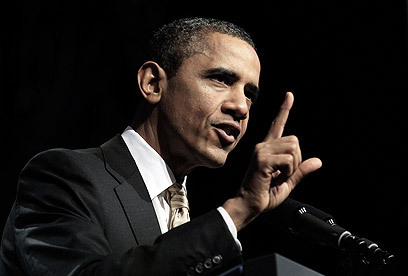 Obama wasn't so sure. "They're sensitive to the opinions of the people and they are troubled by the isolation that they're experiencing," he told the Atlantic. "They know, for example, that when these kinds of sanctions are applied, it puts a world of hurt on them."

In the interview, Obama also commented on the presidential race, saying that there is an intentional campaign by Republicans to persuade American Jews that he is anti-Israel. "Every single commitment I have made to the state of Israel and its security, I have kept," he said. "Why is it that despite me never failing to support Israel on every single problem that they've had over the last three years, that there are still questions about that?"

Before his meeting with Netanyahu, Obama plans to speak Sunday to the American Israel Public Affairs Committee, a pro-Israel lobbying group that Netanyahu will also address.

Though Obama emphatically portrays himself as one of Israel's best friends, touting military and other ties, his relationship with Netanyahu has at times been frosty. The two have sparred publicly over Jewish settlements on the West Bank, with Netanyahu pushing back on Washington's efforts to move forward on peace talks with the Palestinians.

The Iran issue has risen to the forefront of Obama's foreign policy. At a fundraiser in New York on Thursday night, an audience member shouted out, urging the president to avoid a war with Iran.

"Nobody has announced a war," Obama cautioned. "You're jumping the gun a little bit."