An Israeli strike on Iran would only halt Tehran's nuclear project by six months, a former official told US congressional researchers according to a newly released report obtained by Bloomberg.

The report says that the wide dispersal of Iran's nuclear facilities would pose a major difficulty for Israel should it attempt to curb Tehran's nuke program.

According to researchers, the potential effect of a military strike on Iran's ability to acquire nuclear weapons is "unclear." Moreover, the United States and Israel cannot pinpoint all of Iran's nuclear sites, researchers say. 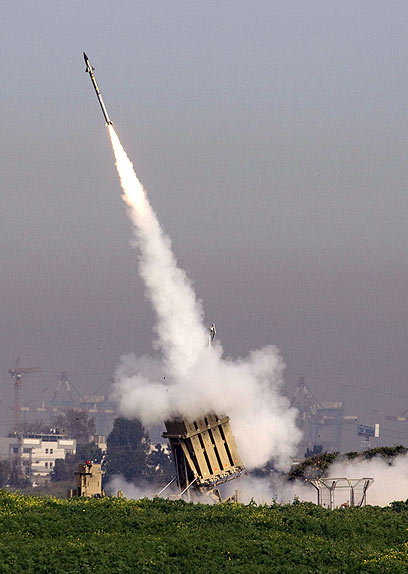 The report cites a senior Israeli official who reportedly told cabinet in September 2011 that “we have no ability to hit the Iranian nuclear program in a meaningful way.”

Former Central Intelligence Agency and National Security Agency Director Michael Hayden is cited for asserting that "airstrikes capable of seriously setting back Iran’s nuclear program were ‘beyond the capacity’ of Israel.”

Given the difficulties in permanently setting back Iran’s nuclear program, some Israeli officials reportedly said Israel may "feel compelled to mount periodic follow-up attacks," the US report says.

Addressing operational considerations for a strike, the report says that although a strike on nuclear sites in Esfahan, Natanz, and Arak "might require deploying only 20% of Israel’s top-line fighters purchased from the United States, it would probably require 100% of the most capable - the IAF’s 25 F-15Is." The researchers also note that Israel possesses Jericho II medium-range ballistic missiles that are capable of hitting targets within Iran.

"They could be used against above-ground targets and free up aircraft to focus on hardened targets or those less amenable to missile attack," the researchers write. "However, whether these ballistic missiles have the accuracy and capacity to destroy such targets in Iran is unclear."