After decades of shying away from ancient pilgrimage route, and despite Arab leaders' opposition, increasing numbers of Muslims visit Jerusalem to pray at Al-Aqsa mosque

After decades of shying away from an ancient pilgrimage route, Muslims are visiting Jerusalem to pray at Islam's third-holiest site, the revered Al-Aqsa mosque.

In doing so, they find themselves caught in a disagreement between some leading Muslim clerics, who oppose such pilgrimages, and Palestinian leaders who encourage them as evidence of the city's Muslim credentials.

Palestinians say the only Arab visitors have been officials from Arab countries that have peace treaties with Israel. Recent trips here by a top Egyptian cleric and a Jordanian prince sparked angry backlashes in their home countries.

The vast majority of the pilgrims are from non-Arab countries like South Africa, Malaysia and India, where the stigma of visiting Israeli-controlled areas isn't as powerful.

"Jerusalem is a beautiful place," said Ali Akbar, 51, a Shiite Muslim who was visiting recently with a group of 40 pilgrims from Mumbai, India. "All Muslims should try to come to Jerusalem and pray and seek the blessings of Allah, the almighty," Akbar said. 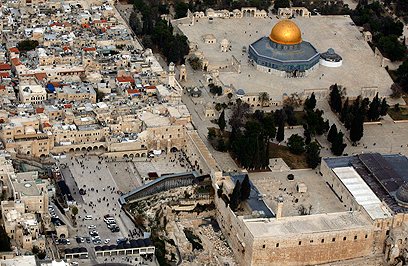 Muslim pilgrims began trickling back beginning around 2008 as violence between Israel and the Palestinians petered out. Palestinian tour guides, hotel operators and religious officials also attribute the increasing numbers to easier travel and rising Muslim middle classes in Asia and Western countries that can afford tickets to the Holy Land.

While Islam's birthplace is in the Arabian Peninsula, Jerusalem is intimately tied with Islam's beginnings. Muhammad's first followers prayed toward Al-Aqsa and only later turned their prayers east to Mecca.

For centuries, Muslim pilgrims visited Jerusalem while on their way to the holy cities of Mecca and Medina, now in Saudi Arabia. Many Muslims believe visiting Jerusalem deepens the sanctity of their pilgrimage.

But that pilgrimage route was abruptly halted after Israel captured east Jerusalem in the 1967 Mideast war. East Jerusalem is home to the hilltop compound housing both Al-Aqsa and the Temple Mount, Judaism's holiest site.

As a result, many Muslims believe visiting the mosque would amount to recognition of Israel's claim to the area and be inappropriate when Israel prevents many Palestinians from entering. 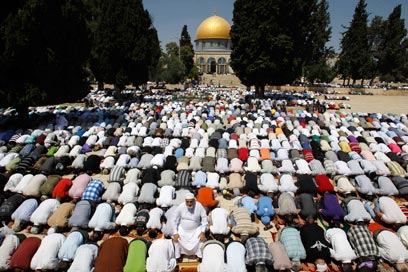 Those sentiments have recently softened somewhat, and an estimated 2,000 people have come over the past year. That's a tiny percentage of the roughly 3 million visitors to Jerusalem annually, mostly Jews and Christian pilgrims – but still a sharp contrast to the almost total absence of Muslim pilgrims here for many decades.

In February, Palestinian President Mahmoud Abbas urged Muslims to visit Jerusalem. Abbas said it would underscore the city's importance to the Islamic world and bolster Palestinian claims to east Jerusalem, which they seek as their capital.

"The flow of crowds and congestion in (Jerusalem's) streets and holy sites will strengthen the steadfastness of its citizens," Abbas said.

Answering the call, Egypt's leading religious cleric, Ali Gomaa, came to pray last week, saying the two-hour visit was a show of solidarity with the Palestinians. Gomaa arrived with 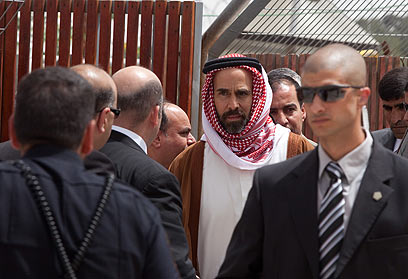 The Jordanian interior and foreign ministers have made similar visits recently, as has a popular Muslim preacher, Habib al-Jafri, said Palestinian officials.

But other Muslim leaders blasted Abbas' call as a violation of an Islamic ban on traveling to Jerusalem while it is under Israeli control.

"Visiting the state of the Zionist enemy – for non-Palestinians – is forbidden," Yousef al-Qaradawi, a widely influential Muslim cleric, wrote on his website. He said Jerusalem needs warriors not tourists. "Muslims are ordered to liberate (Jerusalem) and save it from (Israel's) hands."

Gaza's Hamas rulers and Islamic parties in Jordan and Egypt all condemned the visits by Gomaa and the Jordanian officials.

Meanwhile government spokesman Mark Regev said the visitors were welcome. "The city is open to pilgrims of all faiths," he said.

But the foreigners are still a novelty, and officials who guard the Al-Aqsa compound plaza struggle with identifying them.

One such recent visitor was a middle-aged man in Western clothing who carried an Uzbek passport and claimed to be a Muslim. He spoke Russian, not Arabic or English, and couldn't read passages of the Muslim holy book, the Quran, usually how guards check a person's faith.

Three guards discussed what to do as the man stood nearby. Then one of them tapped out a question about Islam and translated it into Russian using his smart phone. He held it up for the man to read. He answered it correctly.

The guards slapped him on the back.

"Welcome," one of them said.