Op-ed: To Abbas, only important historical fact is 'grave injustice' inflicted by Jews

In 1948 Secretary General of the Arab League Azzam Pasha articulated the Arab recipe for long term success when he stated, "we have a secret weapon which we can use better than guns and machine guns, and this is time. As long as we do not make peace with the Zionists, the war is not over, and as long as the war is not over, there is neither a victor nor vanquished. As soon as we recognize the existence of the State of Israel, we recognize by this act that we are conquered."

Of all the Arabs, Arab-Palestinians embraced Azzam Pasha's message and continue to follow it religiously today. Out waiting Israel is the Palestinian strategy. It is no coincidence that Mahmoud Abbas' trial balloon to see if the UN would consider upgrading the status of the Palestinian Authority to that of a state is set to be voted on November 29th 2012. Ironically, this will happen on the same date the partition of Palestine was voted on 65 years ago. Partition was flatly rejected by Palestinians and their Arab cousins.

US Policy
Obama's failed Mideast record
Shoula Romano Horing
Op-ed: US president's unrealistic demand for total settlement freeze hinders peace talks
Obama's failed Mideast record
Had the Arabs accepted partition in 1947 we would not be debating these very issues today; there would have been an Arab-Palestinian state and no refugee problem. It was on November 29th 1947 that the United Nations General Assembly Resolution 181 recommended the creation of separate Jewish and Arab states. A closer look at the General Assembly's final tally in 1947 underscores the same rejectionism: 33 countries voted for partition, 13 against and 10 abstained. It's no surprise that the countries that rejected co-existence and blocked Arab-Palestinian statehood overwhelmingly came from the Arab/Muslim world: Afghanistan, Egypt, Iran, Iraq, Lebanon, Pakistan, Saudi Arabia, Syria, Turkey and Yemen. Today Abbas is working under the assumption that the world has a short term memory and that this history does not matter, that the only important fact from the past is the "grave injustice" that Jews have inflicted on the Palestinian people. This is supposed to suffice for the UN to again support Palestinian statehood. 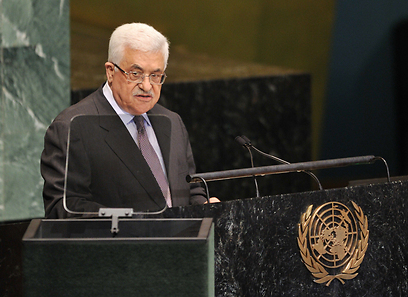 In the process Abbas is diligently working to convince the world and Palestinian society that he is the savior of the Palestinian cause. He recently wrote to US President Barack Obama assuring him that the Palestinians are committed to a two-state solution with Israel. A statement given by Abbas' political adviser Nimer Hammad stressed that the bid for statehood would "solidify the right of the Palestinian people to their land, which is under occupation, and not disputed territories," and also argued that this move would not isolate the State of Israel.

While Palestinian representative are using soft power to sell Palestinian victim-hood through flotillas and social media outlets there is little said about the Palestinian nation-state or actual state-building. In contrast, the Zionist movement worked to build a state from the 1880s when the first wave of Russian Jewish immigrants moved to Palestine to re-build the ancient Promised Land until 1948. Many Arabs of Palestine had friendly ties with the early Jewish settlers and did not engage in state-building until there was a Jewish State. This development, the product of decades of hard work, was then pointed to in order to claim that Jews created a state not as a Jewish homeland but as a means to rid Palestine of its Arabs. This zero-sum world view was galvanized by the Arab narrative that the Zionists viewed the Land of Israel as a "land without a people." The late Palestinian professor of English literature, Edward Said, took it one step further and shortened the phrase to "a land without people" to imply that Zionists actually believed there were essentially no people in Ottoman Palestine. But mainstream Zionists from the beginning attempted to work with the Arab population and then favored an Arab state alongside Israel. Palestinians and Arab countries rejected this completely on November 29th, 1947 and thereafter. Since then Palestinian identity has been rooted in three ideas. One is that resistance to Israel is permanent and sacrosanct. Another is that Palestinians are, individually and communally, refugees, made so at the hands of Israel. The third is that the world, specifically the UN and Western countries, must support these refugees until they can return to a future Palestine and to homes in what is now Israel. State-building does not figure into this. While a functioning Palestinian State remains desirable, the fact that Palestinian leadership has refused to directly negotiate with Israel and uses bodies like the UN to endorse a "virtual" state that has no viable infrastructure is telling. Is the Palestinian goal a state of their own, or just the erasure of Israel, to be followed by what? Insisting upon a Palestinian state must go hand in hand with reviving the flat-lining Palestinian political system and institutions that would support it. If not the odds of success are slim to none.

Asaf Romirowsky is an adjunct scholar at the Middle East Forum and the Foundation for Defense of Democracies.