The Middle East came knocking on President Obama's door just a week after he celebrated his reelection – this time in the form of Hamas rockets fired on south Israel and the outskirts of Tel Aviv. It was a test for American diplomacy, and it paid off for Israel: Obama fully backed the Israeli operation in Gaza, the Iron Dome missile defense system saved lives and helped prevent further escalation, and Secretary of State Hillary Clinton helped mediate between the sides to bring about a ceasefire and calm.

This episode should teach us that despite the regional changes, and perhaps because of them, the American superpower has a decisive role in preserving regional order and in protecting its ally Israel. Three and a half years have passed since Obama declared a "new beginning" in Cairo, and it seems that most of the new beginnings in the Middle East took place without the US taking a leading role in them. This must change. While it remains unclear where these new beginnings will lead to, at this point it is clear that they are providing fertile ground for the strengthening of extremist forces, chaos, destruction and the unnecessary killing of innocent civilians.

Therefore, as he begins his second term, Obama must put the Middle East at the top of his foreign policy's list of priorities. Specifically, the president's first order of business must be the advancement of the two-state solution.

In the aftermath of Operation Cast Lead we asked ourselves whether a massive military campaign would terminate the rocket threat and make Israel safer. We got our answer in the latest round of violence – there were more rockets, the rockets were more powerful, Israel has become more isolated in the region and it has less room to operate due to its diminishing legitimacy around the world. Military force alone does not suffice as a response to the broader strategic challenge Israel is facing. Only a diplomatic solution based on two states existing side by side can provide a proper response to this challenge. 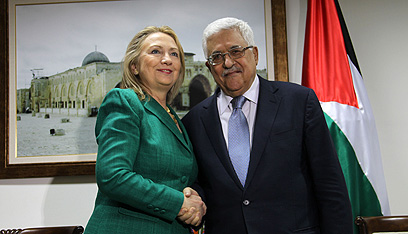 Without a solution, within a number of years we will find ourselves in the same spot, only with deeper anger, more powerful rockets and even more extreme political elements.

Last week's UN vote on upgrading the Palestinian Authority's status to that of a non-member observer state posed another challenge for Washington. The initiative emphasized the difference in Hamas and Fatah's approach. Israel and the US must make it clear that those who choose diplomacy win, while those who resort to murderous terror lose. We cannot negotiate with Hamas, but we must seek an agreement with the moderate Palestinian leadership in Ramallah. Such an agreement would strengthen Israel, boost its security and weaken Hamas. It would immediately affect the order of the regional players and provide a tailwind for the Arab peace initiative, which will lead to the normalization of ties between Israel and the region's countries. The true test, therefore, is how the leaders will act in the aftermath of the UN vote. Will the US roll up its sleeves and work towards promoting peace, or will it continue to make due with the preservation of the status quo? The White House must learn from its mistakes and move forward. Based on Obama's statement that an end to the Mideast conflict is an American interest, our message to Washington must be just as clear: The US still has a crucial role in resolving this lethal conflict. The American president must march forward and introduce a new and bold initiative to end this conflict. Without a serious effort on the part of the president to bring about an immediate two-state solution, we may witness an end to our dream of the State of Israel as the homeland of the Jewish nation. The latest round of violence should make President Obama realize that we must act courageously to end the conflict now – before it is too late.

Jeremy Ben-Ami is the founder and president of J Street