Op-ed: US president must realize that peace is impossible as long as incitement to hatred and violence against Jews persists

The US based independent civil liberties watchdog, Freedom House, wrote in its 2013 annual report published in January that Israel remains the Middle East’s only democracy. The West Bank and Gaza, the former under the control of the Palestinian Authority and the latter under the control of Hamas were both rated by Freedom House as non- democratic similar to the likes of Iran and Syria.

It will be hypocritical and counter-productive for President Obama, the leader of the free world and the world’s greatest democracy, to visit the Palestinian Authority territories and honor the Palestinian leadership under Mahmoud Abbas, which has been corrupt, undemocratic, and repressive of its own people.

In the Freedom House’s study, a democracy like Israel is defined as one where there is open political competition, a climate of respect for civil liberties, significant independent civic life, and an independent media.

No one can forget when in 2011 the Obama administration quickly turned its back on its longtime loyal ally, Hosni Mubarak, for the sake of transition to a so called democracy in Egypt.

As in Egypt, Palestinian society is struggling with a Palestinian leadership with a long record of human rights violations and a lack of rule of law and basic freedoms.

The president is not only silent on these issues but continues to enable these violations against the Palestinian people by artificially preserving the leadership with continuing handouts from the US and other foreign donors as long as Abbas continues to state that he is committed to peace.

As in Egypt, the US must demand that the PA conduct new and fair elections to choose its president and the Palestinian Parliament. Mahmoud Abbas, whom Obama intends to honor, has clung to power for the last four years without any elections. In 2005, he was elected for only four year while the parliament was last elected in 2006.

Moreover, Obama must demand that the PA establish an independent judiciary and the rule of law that is applied to dissenters and opposition activists. The Palestinian Authority has routinely jailed, detained, and tortured without trial journalists and academics who dared to criticize the regime.

In February, a Palestinian activist, Anas Awwad, was sentenced in absentia by a court in the West Bank to one year in prison for “extending his tongue” against Mahmoud Abbas on Facebook. 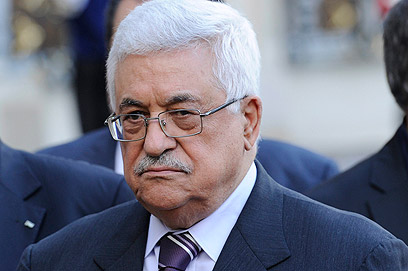 The PA is using a 50-year-old Jordanian law to clamp down on Internet activists and freedom of speech. Last year Palestinian blogger Jamal Abu Rihan was arrested for starting a Facebook campaign called

“The people Want an end to Corruption” of the Palestinian leadership. In April, the university lecturer Ismat Abdul Khaleq was arrested for criticizing Abbas on Facebook. Days later, a journalist, Tarek Khamis, was detained for criticizing the Palestinian Authority‘s treatment of Ismat. George Canawati, the director of a Bethlehem radio station, and the Journalist Rami Samar were similarly arrested for posting criticism of the PA on Facebook.

The corruption of the leadership has been continuing without supervision despite its assurances to US of transparency. More than 60% of the Palestinian Authority’s GNP comes from donations from the United States and other countries, but the facts on the ground indicate that the donations are used to preserve the ruling Abbas’ Fatah Party rather than to help the people. The funds are suspected of going into the pockets of bureaucratic echelons and to close associates of President Abbas and senior government officials who engage in embezzlement, land theft and fraud.

Those who support the visit to Ramallah to help resuscitate the so-called “peace process” should walk the streets of Ramallah first. The streets, public squares, soccer teams, and summer camps are named after suicide bombers. Schools use textbooks that praise “martyrs” and children TV programs perpetuate age old anti-Semitic images. Even Obama should realize that peace is impossible as long as incitement to hatred and violence against Israel and Jews persists.

Those who still believe that Abbas is a moderate Palestinian leader who is interested in a negotiated peace, should remember his rejection of former prime minister Olmert’s peace offer in 2008, his unilateral action in the UN General Assembly in November and his recent attempt to escalate tensions with the Jewish state.

If Obama’s main purpose in visiting Israel is to re-establish the trust of the Israeli people in him in order to convince them to give up the West Bank and part of Jerusalem, a visit to Ramallah to appease the authoritarian Abbas will be counterproductive.

Furthermore, visiting the city where Arafat, who was responsible for so much Jewish sufferings, is buried will not bring the desired good will.