United States President Barack Obama on Tuesday chose veteran agent Julia Pierson to lead the Secret Service, the first woman to head the agency, a year after its reputation was tarnished by a scandal involving male agents and prostitutes in Colombia.

Pierson will replace Mark Sullivan, who was in charge during the Colombia scandal - one of the worst in the agency's history. He retired as director in February.

The Secret Service has been criticized for having an insular, male-dominated culture, and Pierson's appointment also comes as Obama fends off criticism that his second-term picks for high-level posts have not included enough women and minority candidates. 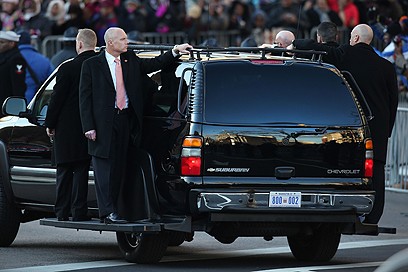 Pierson, a native of Florida, is currently chief of staff at the Secret Service and began her career as a special agent with the Miami field office in 1983. The director's position does not require confirmation by the US Senate.

"Julia is eminently qualified to lead the agency that not only safeguards Americans at major events and secures our financial system, but also protects our leaders and our first families, including my own," Obama said in a statement.

Starting in 1988, Pierson served four years with the Presidential Protective Division, and she became deputy assistant director of the Office of Protective Operations in 2005.

The Secret Service has been trying to rebuild its image after the April 2012 scandal when agency employees in Cartagena ahead of a visit by Obama took prostitutes to their hotel rooms.

It led to an official investigation that concluded that the president's safety had not been compromised, but the scandal was a big embarrassment for the agency.

Sullivan apologized to Congress last year for the episode, which he said reflected poor decisions by agents and was not representative of the agency's culture.

In a statement Tuesday, he said Pierson would excel in the role. "I have known and worked with Julie for close to 30 years," Sullivan said about his successor. "This is a historic and exciting time for the Secret Service and I know Julie will do an outstanding job."

Pierson also received accolades from a key Democrat in Congress. Her appointment "is welcome news and a proud milestone," Senate Homeland Security Committee Chairman Tom Carper said in a statement.