Committee on the Rights of the Child accuses IDF of torturing Palestinian children in custody, using others as human shields and informants

A United Nations human rights body accused Israeli forces on Thursday of mistreating Palestinian children, including by torturing those in custody and using others as human shields.

Palestinian children in the Gaza and the West Bank, captured by Israel in the 1967 war, are routinely denied registration of their birth and access to health care, decent schools and clean water, the UN Committee on the Rights of the Child said.

"Palestinian children arrested by (Israeli) military and police are systematically subject to degrading treatment, and often to acts of torture, are interrogated in Hebrew, a language they did not understand, and sign confessions in Hebrew in order to be released," it said in a report.

The Israeli Foreign Ministry said it had responded to a report by the UN children's agency UNICEF in March on ill-treatment of Palestinian minors and questioned whether the UN committee's investigation covered new ground.

"If someone simply wants to magnify their political bias and political bashing of Israel not based on a new report, on work on the ground, but simply recycling old stuff, there is no importance in that," spokesman Yigal Palmor said.

The report by the UN Committee on the Rights of the Child acknowledged Israel's national security concerns and noted that children on both sides of the conflict continue to be killed and wounded, but that more casualties are Palestinian.

Most Palestinian children arrested are accused of having thrown stones, an offence which can carry a penalty of up to 20 years in prison, the committee said. Israeli soldiers had testified to the often arbitrary nature of the arrests, it said. 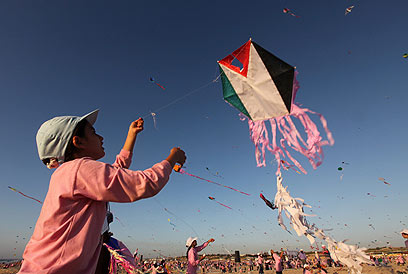 The watchdog's 18 independent experts examined Israel's record of compliance with a 1990 treaty as part of its regular review of a pact signed by all nations except Somalia and the United States. An Israeli delegation attended the session.

The UN committee regretted Israel's "persistent refusal" to respond to requests for information on children in the Palestinian territories and the Golan Heights since the last review in 2002.

"Hundreds of Palestinian children have been killed and thousands injured over the reporting period as a result of the state party military operations, especially in Gaza where the state party proceeded to (conduct) air and naval strikes on densely populated areas with a significant presence of children, thus disregarding the principles of proportionality and distinction," the report said.

Israel battled a Palestinian uprising during part of the 10-year period examined by the committee.

It withdrew its troops and settlers from the Gaza Strip in 2006, but still blockades the Hamas -run enclave, from where Palestinian militants fired rockets into Israel.

During the 10-year period, an estimated 7,000 Palestinian children aged 12 to 17, but some as young as nine, had been arrested, interrogated and detained, the UN report said.

Many are brought in leg chains and shackles before military courts, while youths are held in solitary confinement, sometimes for months, the report said.

It voiced deep concern at the "continuous use of Palestinian children as human shields and informants", saying 14 such cases had been reported between January 2010 and March 2013 alone.

Israeli soldiers had used Palestinian children to enter potentially dangerous buildings before them and to stand in front of military vehicles to deter stone-throwing, it said.

"Almost all those using children as human shields and informants have remained unpunished and the soldiers convicted for having forced at gunpoint a nine-year-old child to search bags suspected of containing explosives only received a suspended sentence of three months and were demoted," it said.

Israel's "illegal long-standing occupation" of Palestinian territory and the Syrian Golan Heights, continued expansion of "unlawful" Jewish settlements, construction of the Wall into the West Bank, land confiscation and destruction of homes and livelihoods "constitute severe and continuous violations of the rights of Palestinian children and their families", it said.

Israel disputes the international position that its settlements in the West Bank are illegal. It says the wall it built there during the uprising stopped Palestinian suicide bombers from reaching its cities.

In March, Palmor, the Israeli Foreign Ministry spokesman, had said that officials from the ministry and the military had cooperated with UNICEF in its work on the report, with the goal of improving the treatment of Palestinian minors in custody.

"Israel will study the conclusions and will work to implement them through ongoing cooperation with UNICEF, whose work we value and respect," he said, in response to the UNICEF report.