For the first time in Jordan's political history, the establishment of an environment-oriented party has been formally announced last week.

The Jordanian state newspaper a-Dustour reported the new party will be called The Jordanian Green Party and its slogan is "Be green for Jordan and join the world's nature friendly parties."

Party founder and social activist Gandhi abu-Sharar voiced his appreciation to the Interior Ministry for authorizing the formation of the party, which allows it to start organizing conventions and activities. 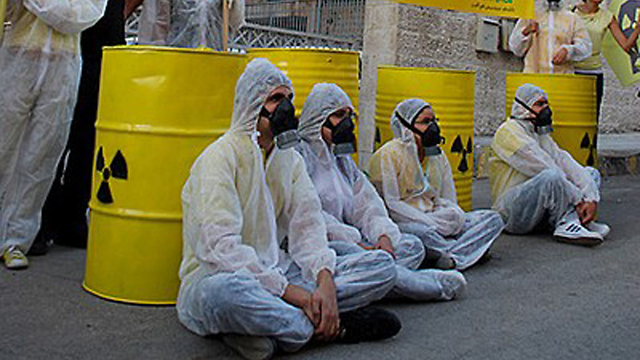 "The work and construction process has formally begun," abu-Sharar declared in a statement, and added that "the party will act according to the worldwide green parties' mission statement, signed in 2001, which calls for smart environmental policy, social justice, participatory democracy and anti-violence.

"In addition, it calls for respect for pluralism while focusing on developing society by creating lasting awareness to the environment and ecology."

The first environmental party, with a mostly leftist activists membership, plans to complete all the necessary procedures for its establishment within six months. Meanwhile its founder explained: "We'll start by handing out 500,000 leaflets in universities and markets to draw in qualified people, who are interested in the environment and green policy."

The idea for the Jordanian green party had a fitful some 10 years ago, but in 2008 the party was temporarily disbanded after failing to comply with the Jordanian party law, which demands parties to have 500 founding members who belong to at least seven different Jordanian regions, and 10% of which are women.

One of the party's main goals, once it is fully formed, is for environmental awareness to be a part of decision making in Jordan. In addition, the party sharply opposes Jordan's nuclear power program.

About two years ago, when the party was trying to regroup, it aired a propaganda video which aimed to show it as a multi-faceted party which deals with varied issues, such as maintaining the country's natural reserves, guarding the water reservoirs, promoting animal and human rights as well as fighting cigarette smoking.

Addressing the last issue, the video features a scene in which former Jordanian Prime Minister

Marouf al-Bakhit, is shown smoking inside the parliament.

"Can a law to fight smoking be promoted when the prime minister is smoking in the parliament?" it said.