Details continue to emerge in case involving Neturei Karta man who tried to spy for Iran. Defendant was discharged from IDF for mental issues, it's been revealed

The Jerusalem District Court on Monday extended by two days the remand of a member of the Neturei Karta faction who is being accused of trying to spy for Iran.

During the hearing it was revealed that the defendant had applied for a Libyan passport at one of the country's embassies in Europe several years ago. It was further revealed that he had been discharged from IDF service for mental issues and embraced religion several years later.

He is being charged with contacting a foreign agent and attempt to commit treason. His attorney claimed that his confession is inadmissible as it was extracted at a time when the defendant did not have access to an attorney. 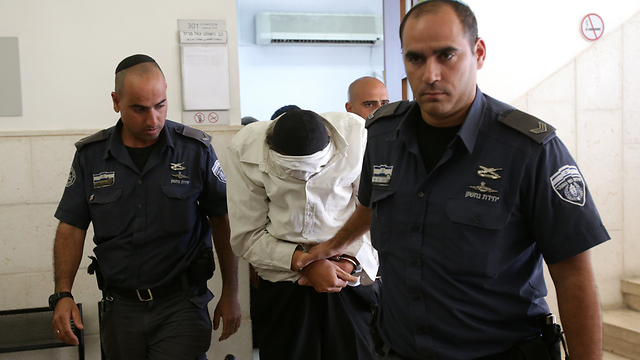 Attorney Yair Nehorai noted that his client is under a great deal of pressure and has even received veiled threats. According to Nehorai, the defendant told him he feels like "prisoner x" and had gathered from police he would never see an attorney. Nehorai motioned for a psychiatric evaluation suggesting his client may not be fit for trial.

The prosecution said that the defendant had added details to his confession, which had been lawfully extracted, even after seeing a lawyer and there was no indication he suffers from a mental illness.

According to the indictment, the man, 46, had contacted the Iranian government and offered his services as a spy.

In January 2011, the defendant boarded a flight to Berlin and a day later visited the Iranian embassy which had been closed. He went again a day later, in full ultra-Orthodox regalia, and asked for a meeting.

At the offices he met three unknown individuals including a person who introduced himself as "Haji Baba." The defendant told the three he was an Israeli and member of the Neturei Karta sect explaining that the group does not recognize the State of Israel.

He further noted that he aims to replace the current government with one controlled by gentiles. He then offered the Iranians to gather information about Israel for them.