The wife of Egypt's ousted President Mohamed Morsi told thousands of his supporters Thursday to remain defiant in the face of the military-backed government's threat to clear ongoing protests, promising her husband "is coming back, God willing."

Naglaa Mahmoud made her first appearance since the July 3 military coup, which followed mass rallies demanding her husband's removal from office. He's been held by military authorities since then.

Wearing a flowing veil that covered most of her body, Mahmoud spoke to the crowds gathered at a sit-in at Rabaah al-Adawiya mosque in Cairo's Nasr City suburb. She delivered what she described as "good news," saying Egypt "is Islamic." "We are victorious," Mahmoud told the crowd, saying protesters would overcome. Initially, the Egyptian press suggested that Mahmoud was held with her husband in undisclosed location along with one of her children. Demonstrators at Nasr City cheered her arrival to the makeshift stage. She did not say where she had been since the coup. Morsi is held with his top aides, a number of whom have been transferred over the past days to a prison in southern Cairo. They face charges including instigating violence in various incidents that led to deadly street violence over one-year-rule of Morsi. 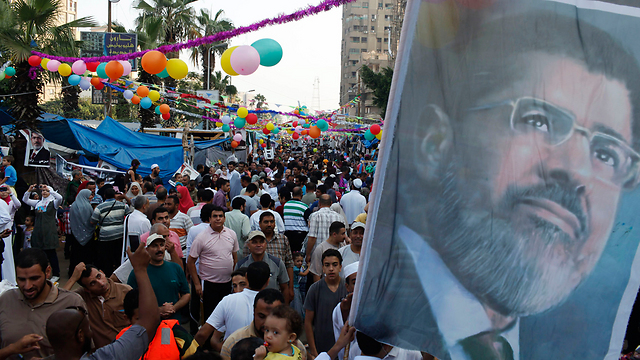 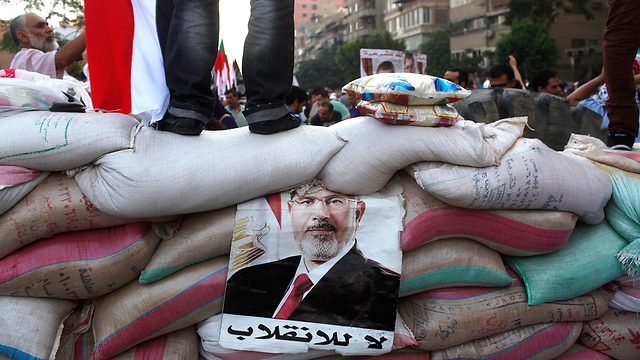 Morsi's children also have joined the Nasr City protest camp and called for release of their father.

The protest camp is the site of one of two sit-ins by Morsi's Muslim Brotherhood group and its allies. Protesters demand Morsi's reinstatement, restoration of the suspended constitution drafted under Morsi and the return of Morsi's Islamist-dominated legislative council which was also disbanded.

Egypt's interim leaders and the military say they'll stick with a fast-track transition plan that calls for elections by early next year. 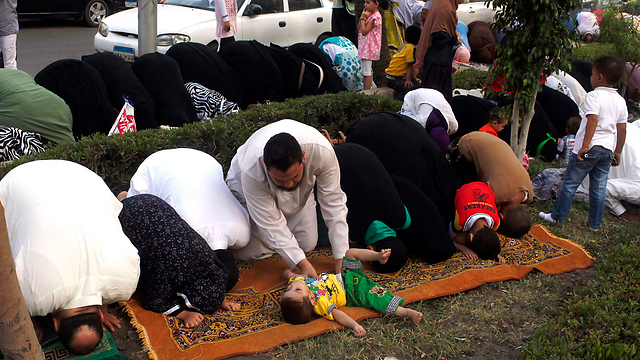 But the interim government concluded on Wednesday that all efforts have failed and that it will clear the sit-ins. "The decision agreed on by all to clear the sit-ins is final and irreversible," Prime Minister Hazem el-Beblawi said on state television, reading a statement issued by the Egyptian Cabinet. It is unclear what the government's crackdown on the sit-ins would entail or when it would begin, but it appeared unlikely to start until next week. The Cabinet statement said the government was keen not to take action during the celebrations that mark the end of Muslim holy month of Ramadan, which started Thursday and continue for four days. Mahmoud Abyad, a Brotherhood protester who has been camping since June 28, said that he expects the clamp down to happen "soon."

"But we are not afraid. ... People are here to their country and to defend Islam," Abyad said.