Military officials say Egyptian helicopters fired at a gathering of suspected militants, killing at least 12 in the northern region of the country's Sinai Peninsula.

The officials say three helicopters targeted militants in the desert town of Sheik Zuweyid late Saturday. All officials spoke anonymously because they were not authorized to speak to reporters.

Military spokesman Col. Ahmed Mohammed Ali confirmed the attack in a post on his official Facebook page. He said 25 militants were targeted, but did not offer a breakdown of casualties. 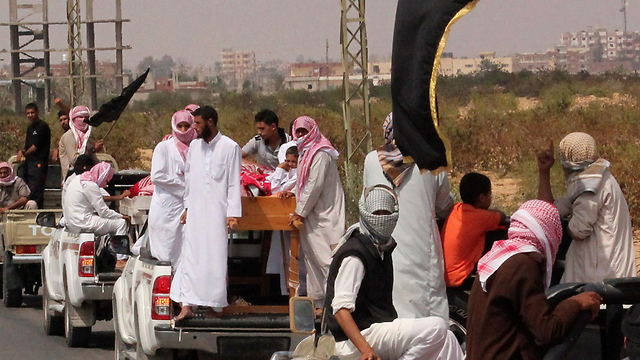 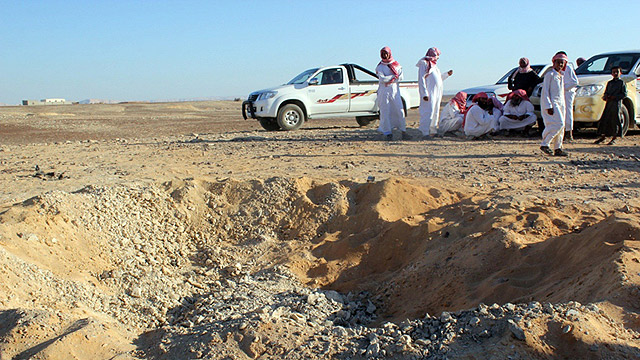 He added the militants were wanted for an attack on Egyptian soldiers last year that killed 16 and the abduction of seven security forces earlier this year.

Defense Minister Moshe Ya'alon neither confirmed nor denied Israeli involvement in the attack and said that his country won't let recent "rumors and speculation" harm the Israeli-Egyptian peace treaty, an attempt to downplay reports that an Israeli drone killed four militants in a cross-border strike into Egypt.

The Israeli military said Friday it was looking into the report. On Sunday it said it had no further comment.

Egyptian officials initially said an Israeli drone carried out the attack, but an official quoted by the state media later claimed an Egyptian helicopter was responsible.

Ya'alon said that Israel "appreciated" unspecified actions taken by Egypt against militants over the weekend.

A little known militant group, Ansar Jerusalem, said its men were the target of Friday's drone strike into Egyptian territory. It said four militants were killed as they were preparing to fire rockets into Israel.

The Israeli praise of Egypt protecting its citizens seemed intended to deflect reports that Israel carried out a rare cross-border attack to protect its own citizens. Egypt is highly sensitive to criticism about letting Israel carry out strikes on its soil.

The attack could indicate increased cooperation between Egypt and Israel against militants in northern Sinai after a coup ousted Islamist President Mohamed Morsi last month. It also is likely to increase tensions in a border region that has seen other rocket attacks in the past.

Egypt and Israel signed a peace treaty in 1979.