3-year-old boy dies after locked in car in Beersheba

Boy found without pulse in vehicle in Beersheba, dies after prolonged resuscitation efforts. Police investigate possibility child climbed into car on his own, locked himself inside

A 3-year-old toddler died Sunday after apparently climbing into in a hot vehicle and locking himself in it. The car belongs to a woman who works in Beersheba, near the location where the car was found, while 34 degrees Celsius (93.2 Fahrenheit) were measured Sunday in the city.

It is unclear how long the child was inside the car, yet by the time he was found by the vehicle's owner, who called Magen David Adom emergency services, the toddler no longer had a pulse. He was taken to the Soroka University Medical Center in Beersheba with his mother, however resuscitation attempts were unsuccessful.

MDA Negev Region Director Itzik Alfasi told Ynet: "We received a call about a boy in a car without a pulse and not breathing. Two ambulances rushed to the scene and found a 3-year-old without a pulse, not breathing, and in a very severe condition. He was evacuated with continuous resuscitation efforts."

One of the paramedics told Ynet: "The baby was found without a pulse and was not breathing. Throughout the resuscitation attempts, his family members stood nearby." 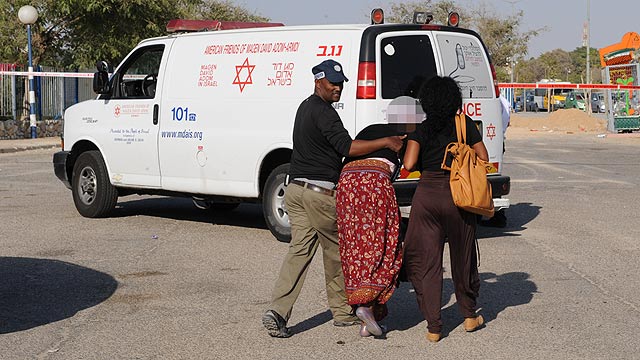 Police investigators on site were examining the vehicle and collecting testimonies from nearby houses in order to understand how the toddler entered the car. According to the car's owner, the central locking of the vehicle was not activated, and the doors were probably unlocked.

The toddler's parents, 25 and 27, are still at the Soroka University Medical Center and will be questioned by the police. Preliminary investigation revealed that the car's rear door was unlocked, and the toddler somehow climbed inside. The police will investigate whether the toddler entered the vehicle on his own or whether other people were at the scene. After climbing into the car, the toddler was locked inside, and was unable to come out. 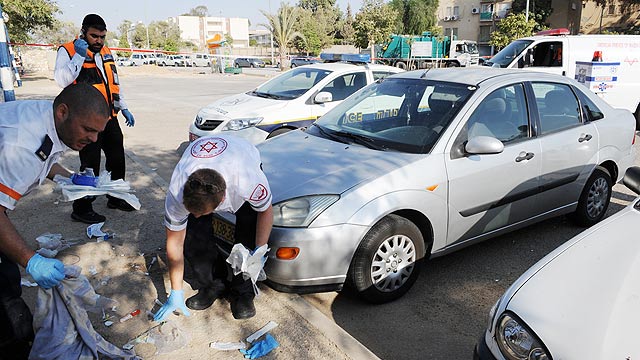 Initial investigation further revealed that the toddler was under his mother's supervision, but for unknown circumstances, reached the car without her knowledge.

Last week, a similar event ended miraculously well. A Nazareth city commissioner prevented a disaster after spotting two babies locked in a car in the city. The parking meter showed that the babies were locked in the car for nearly 30 minutes. Fortunately, the two were unharmed and were taken to Haemek Medical Center in Afula.

Mati Siber and Yaron Kelner contributed to this report