At least 14 people were killed in an explosion that struck the southern Beirut stronghold of Lebanon's militant Hezbollah group on Thursday, a security source said.

An army statement said the cause of the explosion was a car bomb. The blast engulfed several vehicles in flames and trapped many people in nearby buildings which were damaged in the explosion. Media reports said 200 people were injured.

According to Reuters, at least five buildings were damaged and many cars in the area were destroyed. The blast sent a column of black smoke over the densely populated area in the south of the Lebanese capital.

Security elements told the Lebanese news website Daily Star that the explosion was most likely caused by a car bomb which exploded on the highway between the Al-Roueiss and the Bir al-Abd areas of Beirut's Hezbollah-stronghold of Dahiyeh. the same area where a car bomb exploded in last month, injuring dozens. 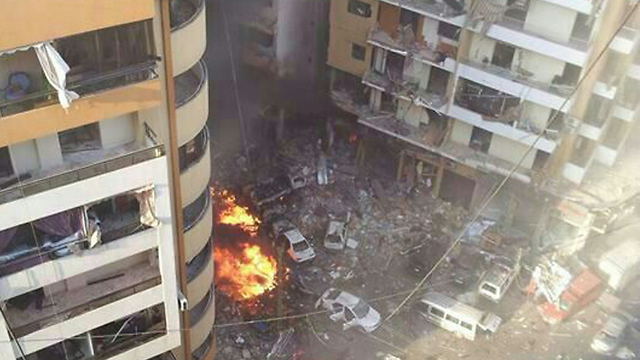 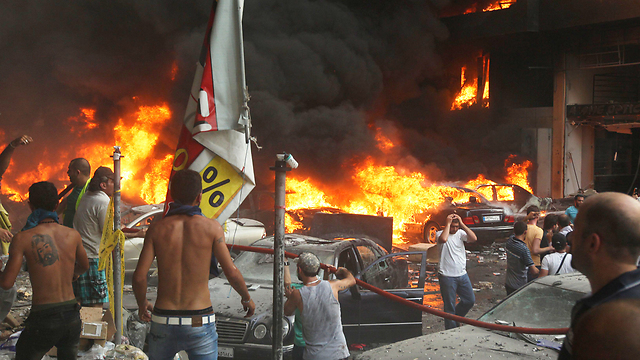 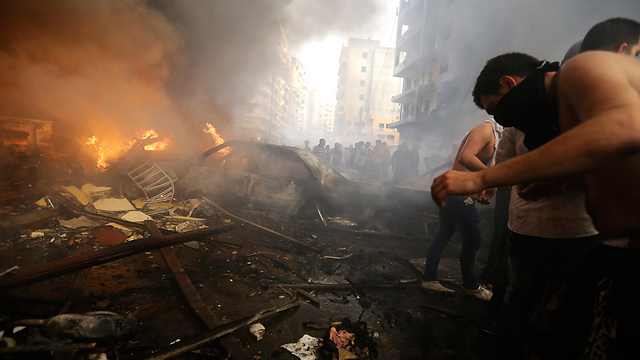 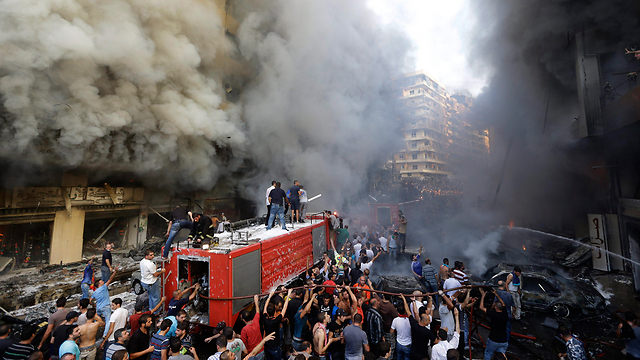 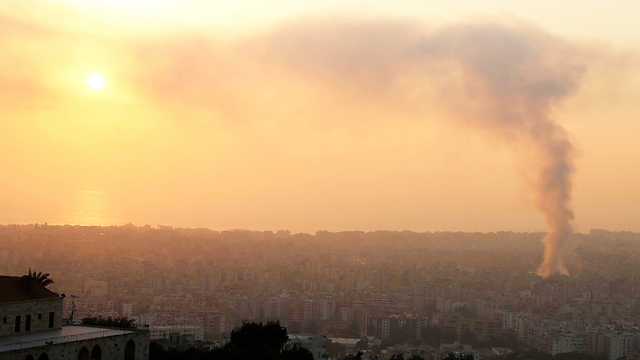 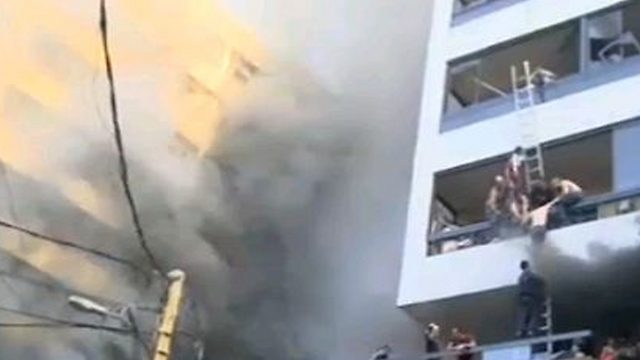 Lebanese Interior Minister Marwan Charbel confirmed the blast was caused by a car bomb and that several were killed, in an interview for the LBC Lebanese TV channel.

The al-Mayadin Lebanese network, affiliated with Hezbollah, reported that the area is devastated. It was also reported that some citizens were entrapped in their homes inside buildings which are on fire.

Emergency teams have arrived at the scene.

Lebanese media outlets aired a video posted online in which a group dubbed "Aisha the Mother of Believers Brigades for Foreign Missions" takes responsibility for the attack.

In the video three masked men are seen with a sign behind them reading "there is no God but Allah."

" We, The Aisha Mother of Believers Brigades for foreign missions, send you Hassan Nasrallah and your party our second resonant, strong message after having sent you our first message and you still do not understand," a speaker says in the video.

The speaker also accused Hezbollah leader Hassan Nasrallah of serving Iran and Israel, and added: "We address a message to our brothers and families in Lebanon: We ask you to stay away from all of Iran’s colonies inside and outside Beirut."

Druze member of the Lebanese parliament, Walid Jumblatt, who heads the Progressive Socialist Party, told the Hezbollah affiliated al-Mayadeen TV channel: "I blame Israel for the Beirut blast. Israel wants to avenge itself on Lebanon for its defeat in the Second Lebanon War."

A Hezbollah parliament member told the al-Manar network: "Those who conspired against Hezbollah during the Second Lebanon War are letting terror inside Lebanon."

Conversely, Sunni Lebanese support the Syrian rebels, most of them Sunni themselves, who fight the Shiite-Alawite Assad.

Hezbollah fighters have taken a pivotal role in the occupation of the strategic city of Kusair by the Syrian army, and opposition elements claim Nassrallah's organization are now aiding Assad in the siege of the city of Homs.