Upon marking 70th anniversary of Polish uprising against Nazis in Warsaw, new film composed of original footage with added color, sound will be released

Rebels crouch behind barricades, dodging enemy fire. Rivers of fire belch from flamethrowers. Women and children dash across bombed-out ruins. Men pull a corpse out of rubble. The scenes are as riveting as any Hollywood war movie. But they are snippets of historical footage from the 1944 Warsaw Uprising, enhanced by modern coloring and sound techniques - and turned into a film.
Haunting Darkness
Telegraph: Bank of England helped Nazis sell plundered gold
Ynet
Bank of England has admitted its role in one of the most controversial episodes in its history - helping Nazis sell gold plundered from Czechoslovakia, months before WWII broke, Telegraph reports
Telegraph: Bank of England helped Nazis sell plundered gold
The only purely fictional elements are voiceovers presenting an imagined narrative that stitches together the footage: Two brothers scour the streets of the Polish city tasked with filming the 1944 rebellion of Warsaw residents against their Nazi occupiers, commenting on what they witness, from soup kitchens to scenes of destruction.

It makes for a mesmerizing account of the fierce house-to-house fighting against the German army that began on Aug. 1 and ended 63 days later with the insurgents surrendering, following the deaths of some 200,000 rebels and residents. "Warsaw Rising" is cobbled together from black-and-white silent footage of crews that the Polish resistance Home Army sent fanning through the city to chronicle the uprising. Cinematographers hired by the Warsaw Rising Museum added coloration and sound that give a real-life feel, while modern editing techniques provide a polished, fast-paced narrative.

The museum released the trailer of the film last month as part of the observances of the anniversary of the launch of the doomed struggle. The movie hits cinemas - in Poland and abroad - next year, before the uprising's 70th anniversary.

Meanwhile, the museum has posted the trailer on its website in an effort to identify people in the movie. Some have already been found, still living. One is a smiling fighter filmed in a trophy German helmet and uniform, toting a captured machine gun and ammunition: Witold Kiezun, now 91, remains active in Warsaw as a professor of economics and management. 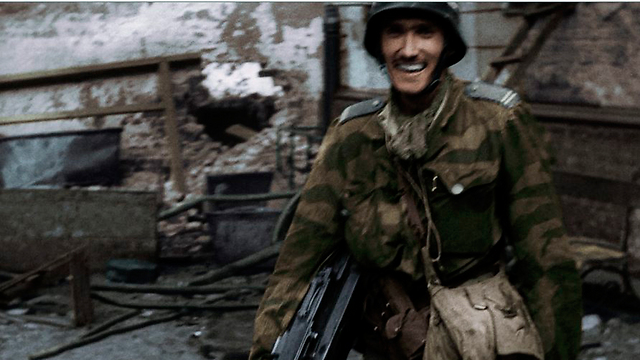 Kiezun: 'Smiled because I was madly happy' (Photo: AP) 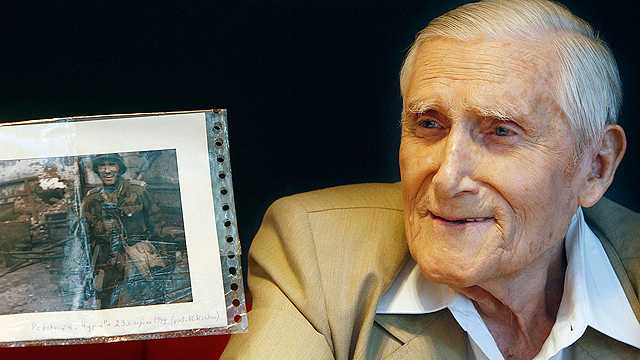 "I was going back to base when the chronicle people stopped me and filmed me," Kiezun, a former UN worker in Burundi, told The Associated Press. "I smiled at them because I was madly happy that we won (a battle) and that we had captured this machine gun, a precious trophy. My bag is filled with hand grenades."

Authenticity was paramount. Filmmakers recorded sound at a firing range shooting from the same kinds of weapons seen in the film. Lip-reading experts studied the footage, allowing actors to give people in the movie a voice. Historians consulted surviving fighters and pored through thousands of old pictures to get the right color and shade in every garment, object and place.

The faces in the movie are hauntingly poignant.

A woman with a soot-smudged face and disheveled hair stands stunned. A man swathed in bandages looks into the camera with a look of inexpressible sadness. Amid the death and chaos, rebels enjoy laughter and camaraderie: One spreads his arms in apparent mock despair over the state of his socks; another waves a sword with childlike, swashbuckling glee.

The Home Army footage was captured to document history but also for political reasons: to rally the nation and to show the Allies Poland's bravery against Hitler's army. Museum director Jan Oldakowski concedes that some scenes of fierce fighting were re-enactments by insurgents of action they had taken part in. It's also possible that the camera crews gave some direction to the rebels and Warsaw residents captured in the movie.

Despite all of this, museum historian Piotr Sliwowski said the footage is pretty much as real as things can get. 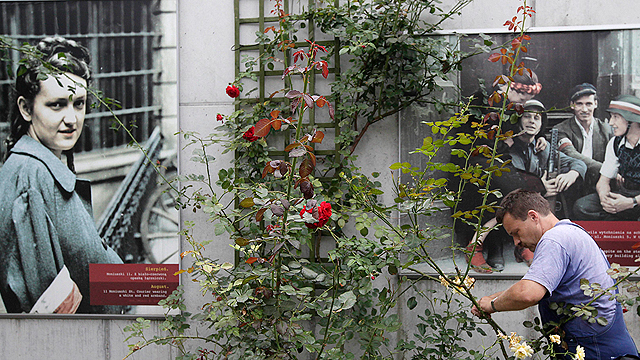 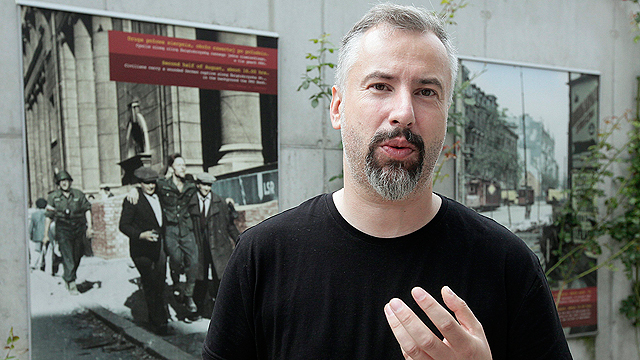 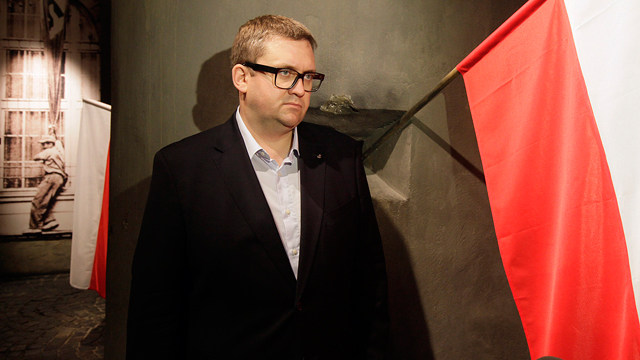 "When someone cries in the film, he cried for real," said Sliwowski. "When someone is happy, he was happy for real. If someone dies, he really died."

At the time of the uprising the Nazis had been occupying Poland for five years. Thousands of poorly-armed young Warsaw residents, members of the clandestine Home Army, wanted to gain control of the capital before the advancing Soviet Red Army reached it and put the city under an equally hated regime. Without reinforcements or supplies, the insurgents gave in after two months. The punishment was ferocious: The Nazis sent survivors to death camps, including Auschwitz, and razed most of the city. The idea for the movie came from Oldakowski, whose young son asked why people in black-and-white uprising documentaries are dark-faced.

"It was an insane idea," Oldakowski said, "but we decided to tell the truth and make it contemporary by removing this black-and-white color barrier."