Police say vandals have defaced a monastery in the Beit Shemesh area near Jerusalem, the latest in a series of similar incidents blamed on extremists.

Police spokeswoman Luba Samri said Wednesday that an investigation is under way by the unit for nationalistic crimes. She said minor damage was caused, likely by a firebomb, to the exterior of the Beit Gamel Monastery, where the phrase "price tag" was scrawled onto a wall, along with "revenge."

Nun Yedidia, who lives at the monastery, told Ynet that "we awoke in the morning to find a plastic bottle that had exploded. It was surrounded by bricks but no fire had broken out. The monastery has good relations with the Jewish people and we know whoever did this is part of radical minority. 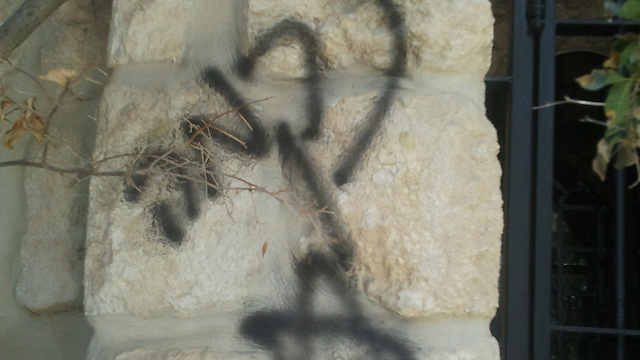 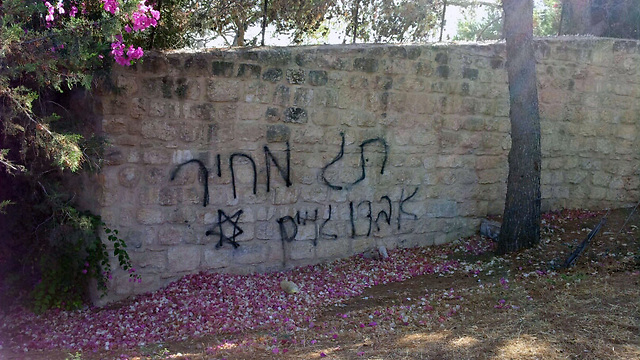 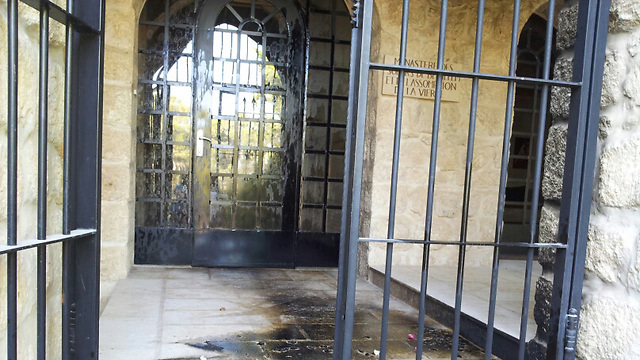 "I'm not angry, but it insults me because they don’t know us. The monastery wants to have good relations with the Jewish people; we're not here to pick a fight with anyone."

Rahel, a friend of the nun, who was also at the scene, said "it is very painful. The nuns have good relations with a lot of Israelis and it pains them. They know the event is unrepresentative."

Gadi Gvaryahu of Tag Meir, or "Bright Tag," an anti-extremism organization which works to condemn just such 'price tag' events, said: "The desecration of a monastery is the direct continuation of the desecration of more than 20 Christian and Muslim houses of worship targeted during the last three years. The 'price tag' perpetrators attempt to instigate hatred between the different religious in Israel and lead to bloodshed."