Israel estimates US will attack in Syria

Day after Gantz-Dempsey conversation, security establishment officials say US expected to operate against Assad forces even without UN mandate

Israeli security officials estimated Saturday evening that the US will act militarily in Syria in response to the chemical attack on rebel stronghold near Damascus earlier this week.

A senior army official said IDF Chief of Staff Lt.-Gen. Benny Gantz discussed the Syrian crisis with US Joint Chiefs of Staff chief General Martin Dempsey during a phone conversation on Friday. The two generals also discussed the recent escalation of violence in Lebanon and the unrest in Egypt, the official said.

The American government is seeking concrete evidence of chemical weapons use by Syrian President Bashar Assad's forces against civilians. When such proof surfaces, Israeli officials speculate, the US will act even in the event that the UN Security Council does not take a decision to that effect.

The New York Times reported Saturday that US officials are looking at the air war over Kosovo in the late 1990s as a possible blueprint for strikes on Syria without a UN mandate.
צילום: רויטרס
X

During the 1998-1999 conflict, Russia supported the Yugoslav regime of Slobodan Milosevic, accused of committing atrocities against civilians in Kosovo. But since Russia holds veto power in the UN Security Council, there was no chance of getting a resolution authorizing the use of force against the Yugoslav Republic.

In March 1999, NATO launched a series of air strikes against Yugoslav forces, arguing that their abuses constituted a grave humanitarian emergency. The attacks lasted 78 days. Israel's security establishment estimates that Washington is seriously considering a limited yet effective attack that will make it clear to the regime in Damascus that the international community will not tolerate the use of weapons of mass destruction against Syrian civilians or any other elements. 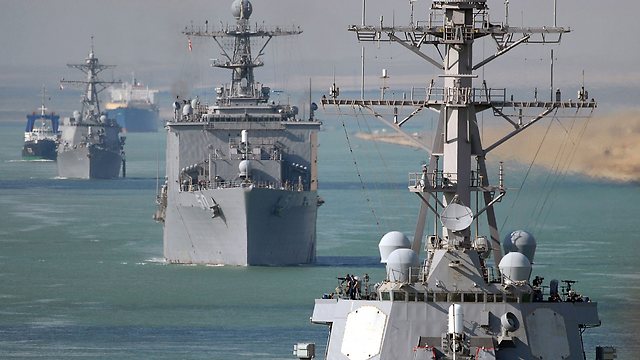 US warships in the Mediterranean (Photo: AFP)

US President Barack Obama met with his national security team on Saturday to consider possible responses to the chemical attack on Damascus' suburbs. The Washington Post reported that Defense Secretary Chuck Hagel said that Obama had asked the Pentagon to prepare military options for Syria. US defense officials told The Associated Press that the Navy had sent a fourth warship armed with ballistic missiles into the eastern Mediterranean Sea but without immediate orders for any missile launch into Syria.

ABC News said potential targets include Syrian military or government command and control facilities as well as delivery systems for Syria’s chemical weapons, namely artillery or missile launchers. Targeting Syrian chemical weapons depots carries the risk of unleashing chemicals into the atmosphere, which makes them less likely targets. The limited-scope military options would use "standoff" weapons, which would not require the US to send jet fighters over Syrian airspace and risk their getting shot down by Syria's strong air defense system, ABC News reported. The use of sea-launched Tomahawk cruise missiles is seen as the most likely option. 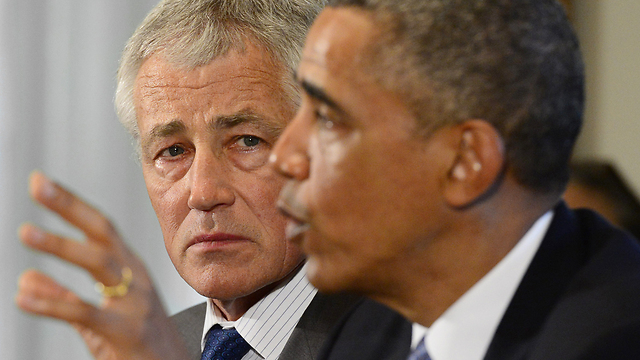 Another standoff option would involve fighter jets launching their munitions from outside Syrian airspace. This is a method that Israel has used to conduct several airstrikes into Syria this year without challenging Syria’s air defenses, ABC News said.

The US Navy currently has four destroyers in the Mediterranean, each equipped with more than 90 Tomahawk cruise missiles. The USS Barry and USS Gravely are currently located in the eastern Mediterranean as part of the Navy's ballistic missile defense mission in the region. The USS Mahan and USS Ramage are located in the central Mediterranean, the Ramage is replacing the Mahan as part of that same mission in the eastern Mediterranean. A Defense official was quoted by ABC News as saying that the commander of US Naval Forces Europe ordered that the Mahan temporarily remain in the Mediterranean as it returned home from its deployment as part of the ballistic missile mission. A White House official told the Washington Post: "We have a range of options available, and we are going to act very deliberately so that we're making decisions consistent with our national interest, as well as our assessment of what can advance our objectives in Syria." "Once we ascertain the facts, the president will make an informed decision about how to respond," the official said, speaking on the condition of anonymity to discuss internal deliberations. Syria's Information Minister Omran al-Zoubi warned Saturday that that attacking his country would have dangerous consequences. "A mass of flames will ignite the Middle East," Omran al-Zoubi said in a television interview, adding that such an attack will not be a "picnic." The minister conveyed a stern message from the regime in Damascus, saying "The American pressure will not help, it is a waste of time, and Syria will not withdraw from its fight against terror."