Britain's The Times reports that British premier pushing for 'very targeted attack' to be launched within days with aim of deterring Assad; Obama building coalition for possible assault

WASHINGTON – British Prime Minister David Cameron is pressing US President Barack Obama for a punitive missile strike to be launched within days against the Syrian regime in response to the chemical attacks on its own citizens, Britain's The Times reported.

A Whitehall source said that the “very targeted attack” launched within a week to ten days would aim to “prevent and deter” Assad from using chemical weapons again.

Meanwhile, a three-day summit of military heads opened in Amman on Sunday. Participants include chairman of the US Joint Chiefs Of Staff General Martin Dempsey, and his counterparts from Britain, France, Germany, Canada, Italy, Turkey, Saudi Arabia, and Qatar. The generals will discuss how to prevent the Syrian civil war from spilling over to neighboring nations and other countries, foremost Jordan.

The Telegraph reported that British ships are prepared to join an assault within days while the Daily Mirror said that Cameron is considering an allied bombing blitz with France and the US which could start in days. 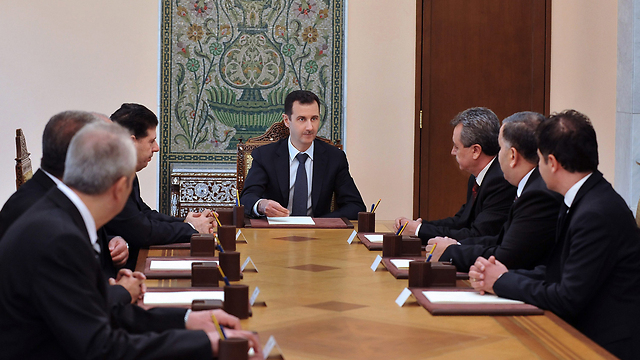 Supporters of the option concede that it would do little or nothing to alter the balance of forces between the Government and rebels, or bring closer the end of Syria’s civil war, The Times said. The West would continue to push for political talks, the so-called Geneva 2, after the punitive strike, including at a meeting of the G20 in St Petersburg early next month, they said.

Cameron is said to be acutely aware of the need to act while outrage at the attack is still fresh.

According to The Times, the prospect of the threat of a strike becoming bogged down in demands that it be sanctioned by the UN, and the possibility that another event could distract world attention, dictate an operation within days rather than weeks. 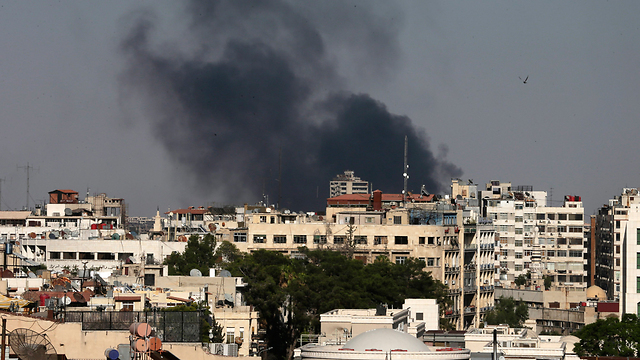 The New York Times said it would be days before US intelligence services can provide Obama with an accurate assessment about what transpired in Syria. Meanwhile, the president is working on assembling a coalition for a possible strike in Syria.

On Sunday, Obama spoke to French President Francois Hollande who told him everyone was in agreement that the Syrian government is responsible for the chemical assault near Damascus.

"President Obama and President Hollande discussed possible responses by the international community and agreed to continue to consult closely," the White House said in a statement.