French President Francois Hollande said on Thursday that Syria needed a political solution, but that could only happen if the international community could halt killings like last week's chemical attack and better support the opposition.

Hollande sounded a more cautious note than earlier in the week, when he said France stood ready to punish those behind the apparent poison gas attack that killed hundreds of civilians in Damascus.

He indicated that France was looking to Gulf Arab countries to step up their military support to the opposition to President Bashar Assad, after Paris said this week it would do so.

"Everything must be done for a political solution but it will only happen if the coalition is able to appear as an alternative with the necessary force, notably from its army," Hollande told reporters after meeting the head of the opposition Syrian National Coalition, Ahmed Jarba.

"We will only manage this if the international community can put a temporary stop to this escalation in violence, of which the chemical attack is just one example," Hollande said. 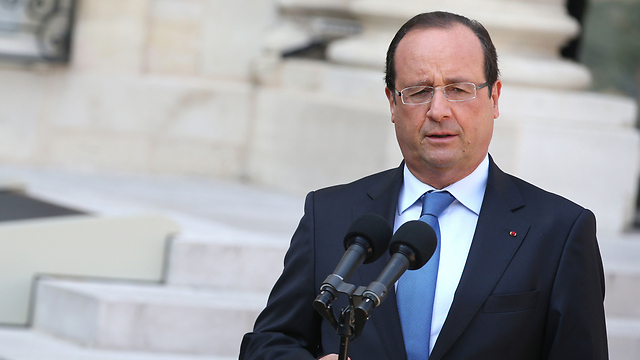 President Barack Obama has made a case for a limited military strike against Syria in response to the alleged chemical attack, but any action could be slowed by the presence of UN weapons inspectors near Damascus and the need to ease divisions in Britain and among US lawmakers.

Britain wants the UN Security Council to see the weapons inspectors' findings before any strike is launched, and its parliament is to hold two votes before any such action is taken.

Britain's Labor Party is withdrawing support for a military airstrike against Syria, which forced David Cameron to abandon plans to push for imminent action. 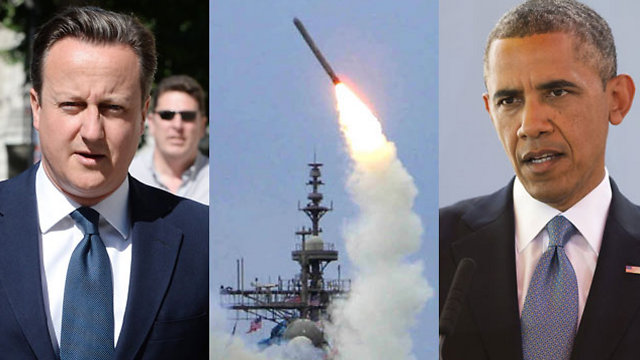 UN Secretary-General Ban Ki-moon said Thursday that UN experts seeking to collect evidence from an apparent chemical attack in Syria that killed hundreds of people will report to him as soon as they leave the country Saturday.

The team is expected to complete its inspection on Friday and their conclusions will be shared with members of the Security Council, Ban said. He didn't specify when that might be but said the experts "should be allowed to conclude their investigation activities."

His comments were in line with his previous calls for restraint in the face of increasing signs of retaliatory military action against Syrian President Bashar Assad by the United States and its allies. Speaking to reporters, Ban said he repeated that message Wednesday in a conversation with President Barack Obama.

"I expressed my sincere wish that this investigation team should be allowed to continue their work," he said after receiving an award in Vienna's City Hall and meeting Austrian government leaders.

The findings of the experts will also be shared with all UN member countries, said Ban.