French intelligence has information showing Syrian regime stockpiled more than 1,000 tons of chemical agents; info to be handed to lawmakers ahead of parliamentary debate

"It will be a set of evidence of different kinds that will allow the regime to be clearly identified as responsible for the August 21 chemical attack," the source said.

The evidence will be handed over to top lawmakers during a meeting with Prime Minister Jean-Marc Ayrault at 1500 GMT, ahead of what is expected to be a loud parliamentary debate on Syria on Wednesday.

Another government source said the evidence would include "declassified secret documents" and that "some of them could be made public". 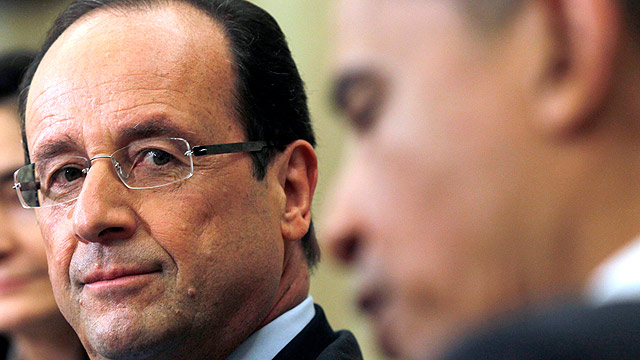 French President Francois Hollande is under pressure for parliament to vote on potential military action in Syria, as the West considers strikes over alleged chemical weapons attacks on the Damascus suburbs last month.

US President Barack Obama has said the attacks claimed more than 1,400 lives. Damascus denies involvement and blames the attacks on rebel fighters.

France has become Washington's main ally in the Syria crisis after the British parliament in a shock move rejected plans for military action mooted by Washington.