Security breach at BG Airport leads to state of emergency

Nighttime drama at the airport: Two Palestinians who stole a truck broke a security barrier at the entrance to the Ben Gurion Airport overnight Tuesday and almost ran over a security guard.

The truck arrived at the airport entrance at around 3:30 am. The driver barreled through the main checkpoint and then drove past another barrier and nearly ran over a security guard who fired four shots at the truck's wheels. It finally stopped just 200 meters shy of terminal 3. The Palestinians, residents of Jenin and Qalqilya, then starting running on foot and were apprehended a short while later.

A state of emergency was declared at the airport and all flights were halted for about an hour.
Emergency state at Ben Gurion airport (Video: Ofer Amram)    (צילום: עופר עמרם)
X

The incident caused heavy traffic around the airport and Tuesday's flights were delayed. Security forces are investigating the incident.

Police suspect that the two Palestinians took a wrong turn and ended up at the airport by mistake. They apparently became alarmed after shots were fired at them, and left the truck to flee on foot.

They are being questioned by police and are set to be brought to court later on Tuesday.

Meanwhile, airport police arrested several passengers who started rioting on a plane headed to Uman, Ukraine. The captain alerted police after the passengers became unruly following a delay in departure.

Zohar Geffen, the airport's security director expressed satisfaction at the security team's handling of the incident. "We're very pleased with our performance, because the truck passed the first (security) circle, which is fine, it happens, and was stopped at the second circle which is effective in preventing damage to the structure and to passengers," he said.

Transportation Minister Yisrael Katz said, "The security guard responded as he should have. They stopped the truck and then arrested the two thieves. It could have ended much worse."

It is suspected the Palestinians stole the truck from the town of Beit Dagan. A police sapper examined the vehicle and ruled out the possibility it carried explosives. 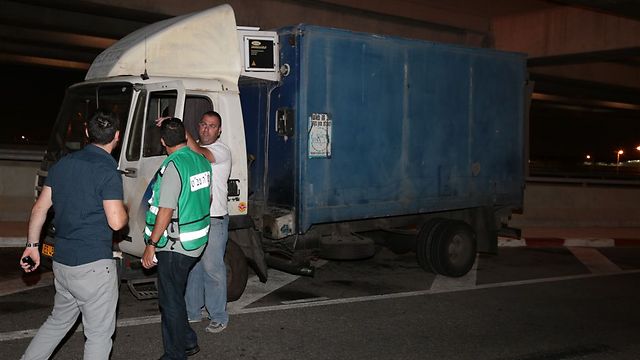 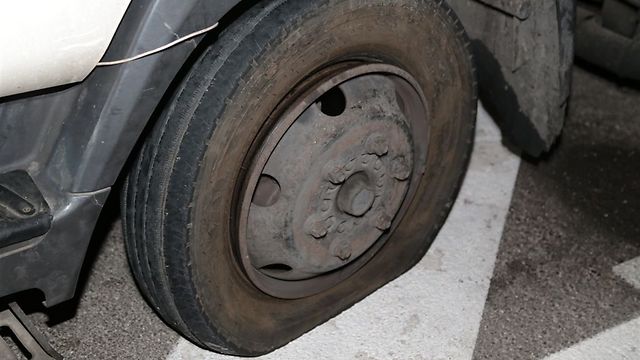 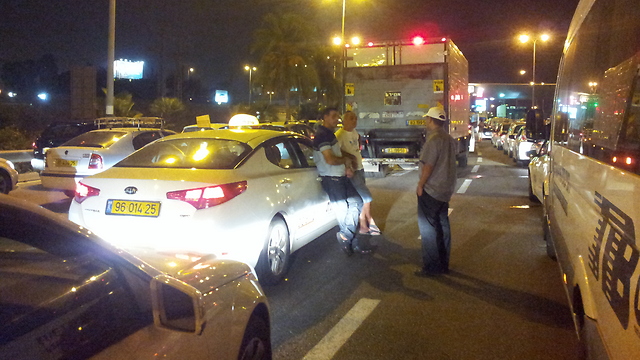 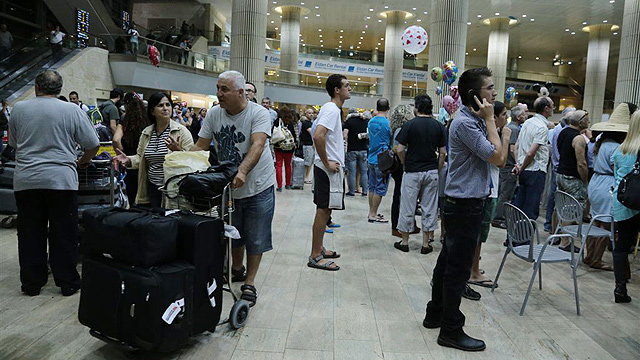 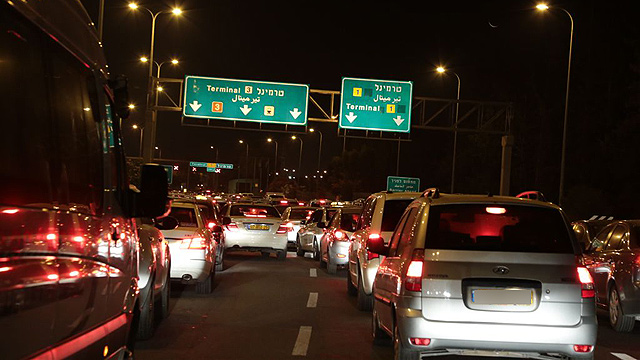 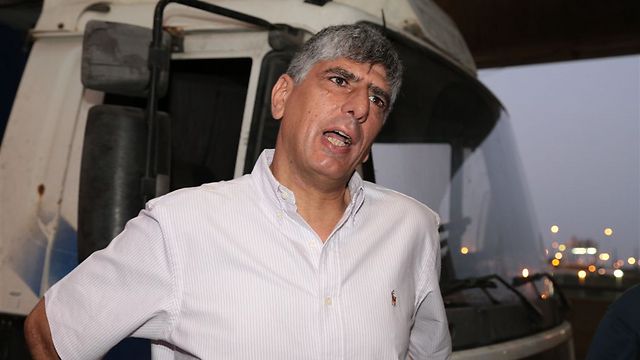 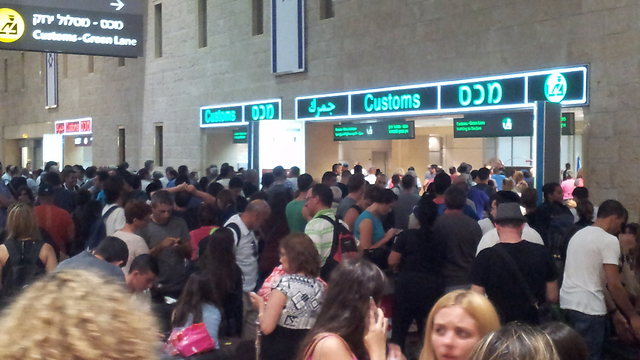 According to Zachai the Palestinians are illegal aliens who apparently took a wrong turn and entered the airport by mistake. "As far as we're concerned there was an attempt to harm a security guard. An initial investigation suggests the guard followed procedure. After we made sure it was not a terror attack, the airport resumed normal activity," he said.

He further noted that a security vehicle chased after the truck and that the forces tried to prevent the truck from reaching the arrivals hall during what was a particularly busy night at the airport.