Damascus clubbers dance on in bid to forget war outside

Twelve night clubs still open in Syrian capital providing 'change of atmosphere' for revelers seeking to forget the war on their doorstep. 'Syrian people love life,' they say but still worry some will try to harm them for 'having fun while people are dying'

When night falls in Damascus, gaggles of determined revelers still head out on the town seeking to drown out the thunder of outgoing artillery fire with the boom of music.

The shells are raining down on suspected rebel positions in suburbs just a few kilometers (miles) away but, while most people lock themselves fearfully in their homes, some head out to try to forget the war on their doorstep.

“I come here for a change of atmosphere,” says Mohammad, a 25-year-old car salesman, who has clearly had a drink or three.

“There is joy here,” he says of the nightclub in the upscale Shaalan neighborhood, where the barman juggles bottles of spirits.

“I want to live, I don’t want to hear any more bad news.”

On the dance floor, customers shake to a track popular among supporters of President Bashar Assad’s regime.

“Don’t ask me how or why, it’s the army that protects us,” the lyric goes.

“You and I salute General Maher,” a reference to President Bashar Assad’s brother, who heads the elite army Fourth Division but is in fact a colonel. 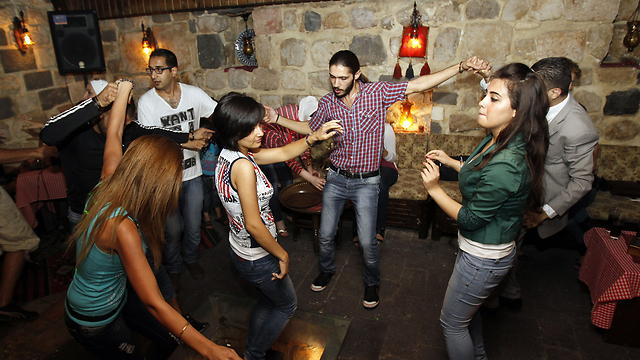 Among the performers is Mudi al-Arabi, a 22-year-old rapper, who returned to Damascus just two months ago after spending the previous two years living in Morocco. He is determined to keep up a happy-go-lucky lifestyle despite the constant threat of death.

“Everyone’s going to die some day, but the Syrian people love life and the most important thing is to be happy,” he said.

“If the United States attacks us, I’m sure our army will defend us,” he added.

“Guys come here with their friends or with their girlfriends, to forget the week’s routine.” 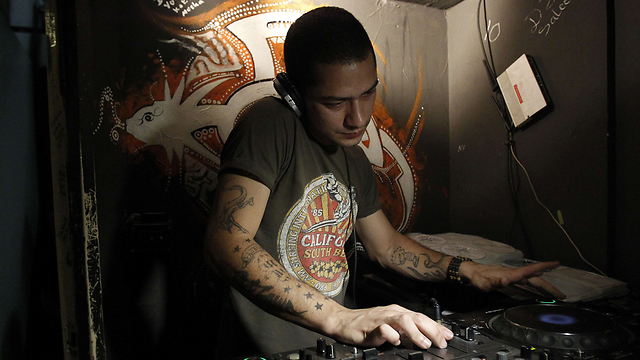 Arabi’s songs are heavy with nostalgia for the Damascus of before the war when there were regular music festivals.

Now he performs just once a fortnight at private parties. Since the uprising against Assad’s rule erupted in March 2011, the authorities have been wary of public gatherings and it has become difficult to get the necessary authorizations.

“It’s hard to get permission from the security services,” Arabi said.

The nightclub does brisk business despite the war raging outside.

“But please don’t mention the club’s name. I’m afraid someone might do us harm because they think we shouldn’t be having fun while people are dying.” 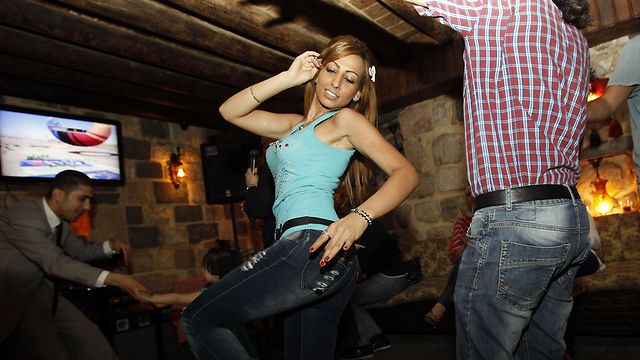 The club is one of a dozen still open in Damascus 30 months into a conflict that has killed more than 100,000 people and reduced some of the capital’s suburbs to rubble.

Where Ahmad, a 22-year-old student, decides to go “depends on where my friends want to meet. There are even some clubs where the champagne is still flowing.”

At one Damascus hotel, some 200 salsa lovers meet up every Thursday – the start of the Syrian weekend – to dance together to Cuban rhythms.

Yara, 22, drives 25 kilometers (15 miles) twice a week to the Bulgarian cultural centre in the Malki district, where she takes salsa, merengue, cha-cha-cha and tango lessons in preparation for the weekly night out.

A dozen couples practice on the dance floor, under the watchful gaze of their two teachers.

Fadi has a day job with the United Nations, while Mayss is a personal assistant for a telecommunications company director. 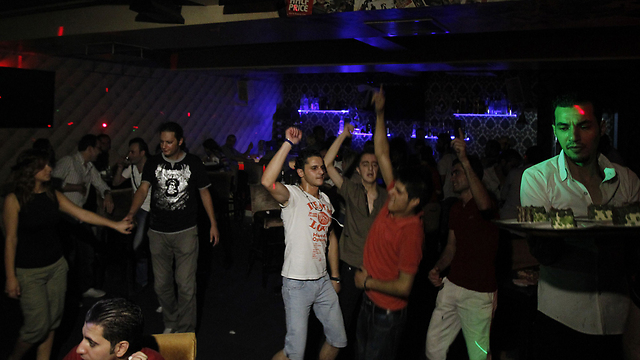 “We dance to get rid of our negative energy,” said 30-year-old Fadi.

“Before the war, the Syrians didn’t used to be so active. Now, we’ve understood life is short and that we need to live fully,” said Mayss, 28.

While Rasha Tabba sings “I’m in such a state” by Aleppo crooner Sabah Fakhri, her friends belly dance.

“The situation is bad and we come here to get a change of mood. I love singing, and I think I have a good voice,” said the housewife, donning a white veil as she dances.

The club’s owner, Arwa, is the proud mother of Mohammad Bash, who reached the semi-finals in the regional Star Academy singing competition.

“He loves coming here to sing along with his friends,” said Arwa.