Greece moves to crack down on far-right party

Greece's government moved Thursday to crack down on the ultranationalist Golden Dawn party after the fatal stabbing of an anti-fascist rapper, as Europe's top human rights official warned in an interview that Greece was the most worrying example of a wider European drift toward radicalization.

The death of 34-year-old Pavlos Fyssas early Wednesday shocked the country and led to widespread condemnation from across the Greek political spectrum and abroad.

The man arrested for stabbing Fyssas admitted to the killing to police and identified himself as a member of Golden Dawn. The party's supporters have a reputation for increasingly virulent intimidation and violent attacks, usually against dark-skinned migrants. Golden Dawn itself insists it had nothing to do with the death, and has condemned the attack.

"This activity goes beyond the limits of isolated incidents, is an affront to public sentiment, undermines the authority of law, insults human rights and human dignity, jeopardizes public order and the country's internal security," he said.

Dendias announced he had sent Greece's Supreme Court prosecutor a file containing reports against party members of 32 criminal acts across the country, and called for the culprits to be prosecuted under organized crime laws. 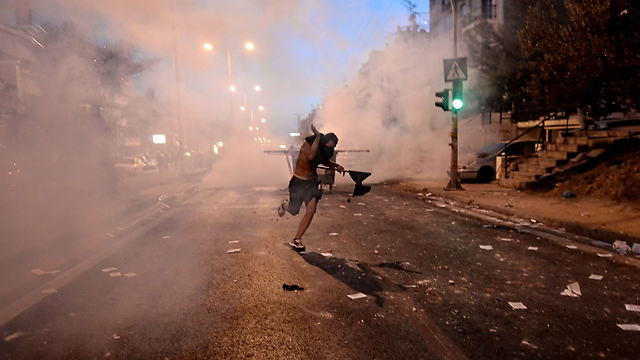 The reports included intimidation, beatings and threats of violence against kindergartens whose pupils included migrant children.

Fyssas' killing prompted the head of the Council of Europe, the continent's top human rights agency, to decide Thursday to visit Greece in October for discussions with Greek authorities. 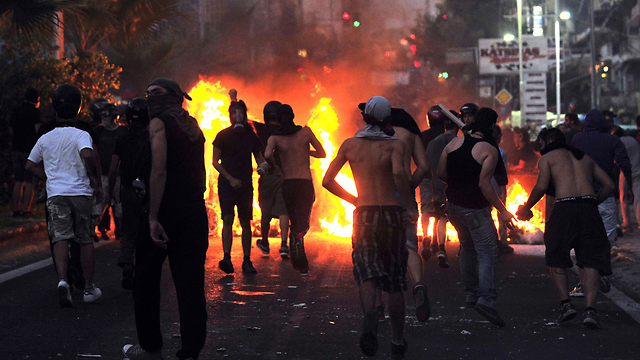 "I have taken a decision today and together with the Greek authorities," Thorbjoern Jagland told The Associated Press by phone from Warsaw, where he was attending a conference on hate speech, adding that Greek authorities were "very interested in our assistance."

Jagland said hate speech, radicalization and violence were increasing in many parts of Europe, but that the situation in Greece was worse than elsewhere. 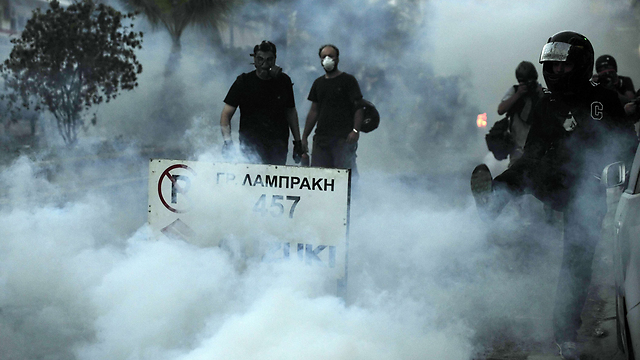 "In Greece, they have a party which has a number of seats in the parliament that actually combines hate speech and incitement to violence, with violence," said Jagland, who is also the chairman of the Norwegian Nobel Committee which awards the Nobel Peace Prize.

"So the party itself, it's not only using words and arguments that can be called incitement to violence, but they're also actually taking action themselves, and that is a very, very serious development."

Government spokesman Simos Kedikoglou said steps were being taken "to arm the state with legislation so it can deal with this criminal organization."

Although the suspect has not been identified in accordance with Greek laws, local media and blogs have widely named him and published photos of him attending several Golden Dawn events. He is to appear in court Saturday.

At Fyssas' funeral Thursday morning near the Keratsini district west of Athens where he died, hundreds of mourners threw flowers and chanted anti-fascist slogans.

Anti-fascist protests were planned for Thursday night near Keratsini. Clashes broke out between protesters and police in several Greek cities at similar demonstrations on Wednesday.

Stabbed after leaving a cafe with friends after watching a soccer match, the hip-hop and rap singer whose stage name was Killah P managed to point out his attacker to police who arrived at the scene, before collapsing.

Witnesses told police and Greek media that a large group of men dressed in the traditional Golden Dawn attire of black t-shirts and combat trousers had been lying in wait for Fyssas and his friends.

"This government is determined not to allow the heirs of the Nazis to poison our social life, to commit crimes, to terrorize and to undermine the foundations of the country that gave birth to democracy," Prime Minister Antonis Samaras said in a televised address to the nation.

Golden Dawn, whose senior members have expressed admiration for Adolf Hitler although they deny being neo-Nazi, won nearly 7 percent of the vote and 18 seats in the 300-member parliament in 2012 general elections. It was a meteoric rise for the previously marginal party that rode on a wave of anger against harsh austerity measures imposed as a result of Greece's deep financial crisis.

Opinion polls show the party's popularity has since increased to 12 percent. Local elections are due to be held next year.