Shas spiritual leader, Rabbi Ovadia Yosef, currently hospitalized in Hadassa Ein Kerem Hospital in Jerusalem, has been connected to a respiratory machine and put under full anesthesia, after his condition further deteriorated.

Yosef, who has been hospitalized since Saturday evening, has been suffering in recent weeks from medical problems with his heart and kidneys. On Sunday he was surgically fitted with a pacemaker and on Monday morning he underwent dialysis.

Prof. Dan Gilon, head of the hospitals' cardiology wing, said the rabbi was connected to a respirator and anesthetized due to "advanced respiratory difficulties." 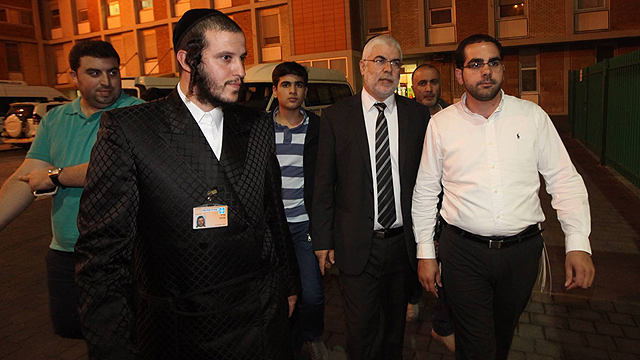 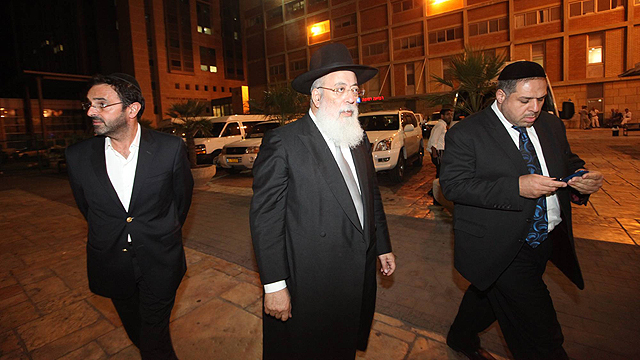 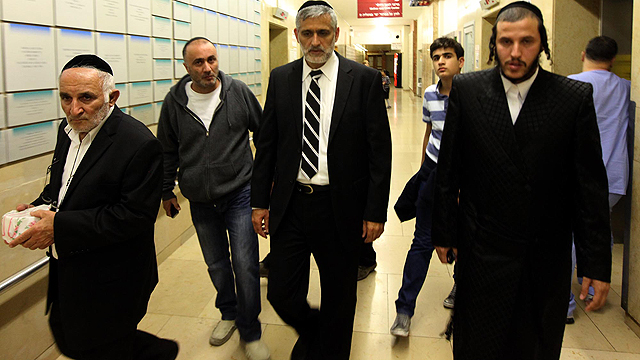 He stressed that the step was not caused by an extreme condition, but to prevent further deterioration.

"Over all the condition is not good," Gilon summarized, but added that the rabbi is "stable and seems at ease."

The rabbi's disciples gathered outside his room in the intensive care unit and prayed for his health. Among those present were his sons and daughters, including Chief Rabbi Yitzhak Yosef, as well as former chief rabbi, Shlomo Amar.

Chief Rabbi Yosef left the hospital room crestfallen and told Ynet: "We all pray for the Lord to make miracle for father."

He said that his personal feelings are "very harsh" and that his father indeed needs a miracle to emerge from his condition.

Shas party top officials arrived at the hospital, with them former minister Shlomo Benizri. "I'm used to see him in all his glory, and now I see him lying sedated and hooked to a machine and it tore my heart," he said.

On Monday night a mass prayer for Yosef's health was held in the Western Wall courtyard, with the participation of the rabbi's sons, including Chief Rabbi Yitzhak Yosef.

Shas leader Aryeh Deri called upon the public to pray for the rabbi. "Each and every person, be they religious or secular, must come together at this time and pray for (Rabbi Yosef's) health", he said.

Chief Ashkenazi Rabbi David Lau also urged prayers for the rabbi. "He is a religious personality of timeless significance," he said. "I ask each and every one of you to cease the holiday festivities for a little and say a Tehilim chapter for his health," he added.

"I pray for the health of your father," the PM told the chief rabbi, who thanked him and said he told his father of his participation in last week's bible class in the Prime Minister's Residence.

Following his son's recommendation, the rabbi was not notified due to his medical condition, as not to force him to take part in the traditional mourning practices.

About three months ago, the rabbi tripped in his Jerusalem home, an has since been in and out of the hospital. Most recently, the rabbi was evacuated in an ambulance about three weeks ago.