Masses chant 'we are all the resistance' in Hamas rally in central Gaza, burn Netanyahu, Peres effigies. IDF use tear gas on crowd who approach border

Thousands of Palestinians demonstrated Friday in the Gaza Strip and the West Bank, on the eve of the anniversary of the Second Intifada (2000-2005) against the Israeli occupation, according to AFP correspondents.

Demonstrators in Gaza waved the green flags of the Islamist movement and chanted slogans such as "We are all the resistance." Some burned a coffin wrapped with an Israeli flag, inscribed: "Oslo is the negotiation of shame and humiliation," and also set fire to effigies of Israeli PM Benjamin Netanyahu and President Shimon Peres.

"We call on the masses of our Palestinian people in the West Bank to revolt against injustice and oppression and declare a third intifada against the Zionist entity," said a member of Hamas, Mushir al-Masri, at the rally. 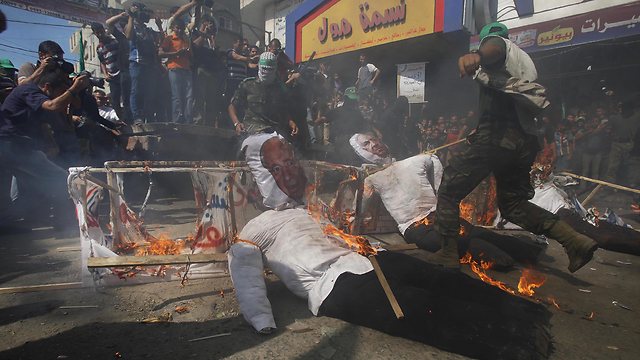 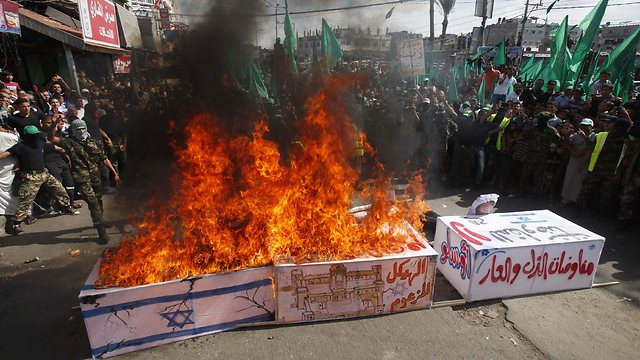 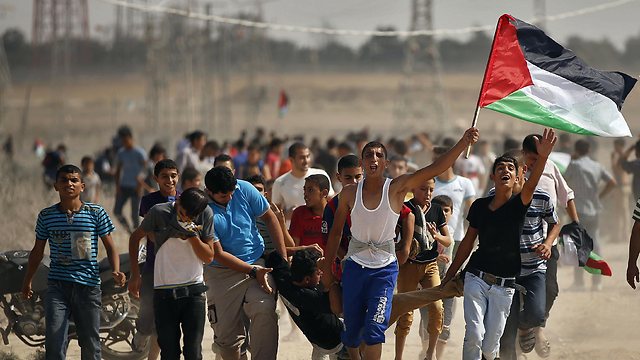 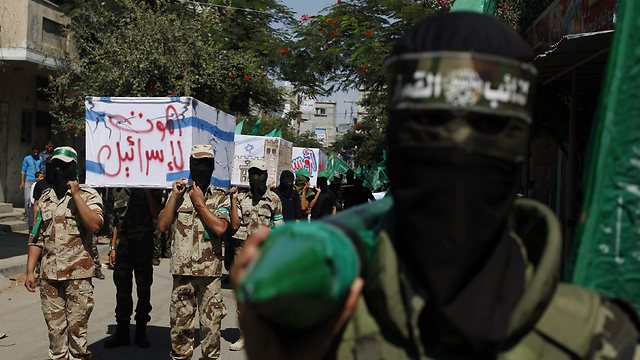 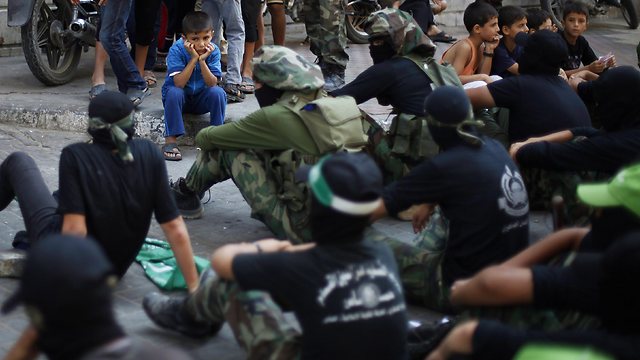 Similar parades, interspersed with calls for "third intifada", took place near the border with Israel, where five Palestinians were hit by tear gas fired by Israeli soldiers, according to medical sources.

The Israeli military said it has dispersed a demonstration of Palestinians who had marched to the Israeli border in the northern Gaza Strip.

It said troops fired tear gas to break up a crowd of around 300 who had entered the immediate border area, which it considers off limits.

In East Jerusalem, where the Second Intifada broke out in 2000, hundreds of young Palestinians clashed with Israeli police after Friday prayers.

Nine people were arrested and one policeman was injured, said a spokesman for the police, Luba Samri.

Demonstrations were also held across the West Bank, sometimes causing clashes between Palestinian youngsters and Israeli soldiers, including around the Ofer military prison near Ramallah.